Photo of the day. Former president of Kyrgyzstan Almazbek Atambayev in courtroom 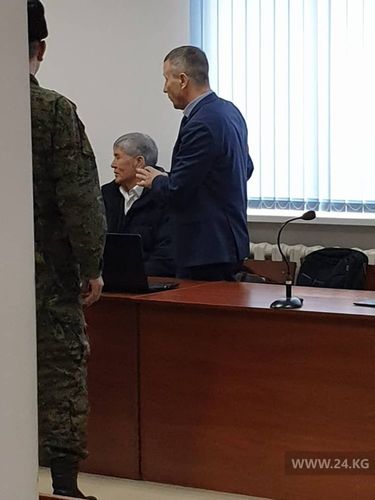 Former president of Kyrgyzstan Almazbek Atambayev was brought to court. 24.kg news agency managed to take a photo of the defendant. This is the first photo since the arrest of the former head of state on August 8, 2019.

Earlier, Almazbek Atambayev did not come to preliminary hearings. He refused to leave the cell of SCNS pre-trial detention center. He argued his decision by the fact that he would not play the role that was assigned to him in this litigation.

According to lawyer Sergey Slesarev, Almazbek Atambayev was forcibly taken to the Pervomaisky District Court of Bishkek today. But the former president, according to lawyers, did not offer resistance.

Investigation into the unlawful release of a crime boss was resumed in January 2019. The case was sent to court in October.

Defendants in the case are 19 people. These are doctors and laboratory assistants who diagnosed the convict, representatives of the State Penitentiary Service and other senior officials, including the former head of state Almazbek Atambayev.