Director of Aurora film Bekzat Pirmatov received a special prize from the jury of the Asian World Film Festival, held in Los Angeles. Closing ceremony took place in the United States on November 14.

Bekzat Pirmatov thanked the jury and the organizers. He noted that it was his first trip to the United States, and he had never seen the ocean before. He promised to learn English by the Oscars ceremony.

Director Suyum Sulaimanova from Kyrgyzstan won the Golden Globe award and scholarship at the short film competition within the Asian World Film Festival. The Union of Cinematographers of the Kyrgyz Republic reported.

She shot «My Friend is a Foe of Mine» as a part of 48 Hour Film contest. 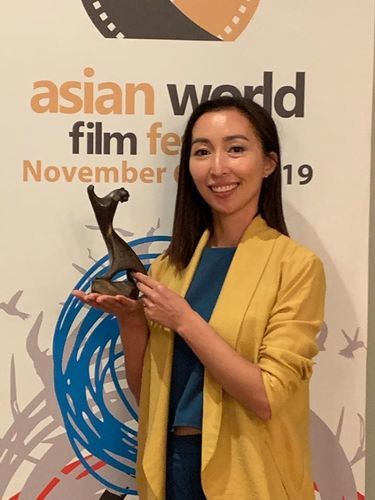 The Asian World Film Festival was founded in 2015 by a film director, screenwriter, producer, public figure and member of the Parliament of Kyrgyzstan Sadyk Sher-Niyaz and organizes screening of the best films of the Asian region to recognize and draw attention to the high level of filmmakers in the region, to strengthen connection between Asian and Hollywood film industries.