Renovated «Kyrgyzstan» cinema, located on 81, Zeleny Prospekt in Moscow, will be opened at the end of 2020. Official portal of the Urban Planning Policy and City Construction Complex reports.

It is reported that Kyrgyzstan cinema will retain its function — six modern cinema halls will be equipped in the new building.

Territory of the shopping and entertainment center will include shops, cafes, coffee houses and a food hall. An underground car parking lot for 100 cars is provided for visitors of the center. 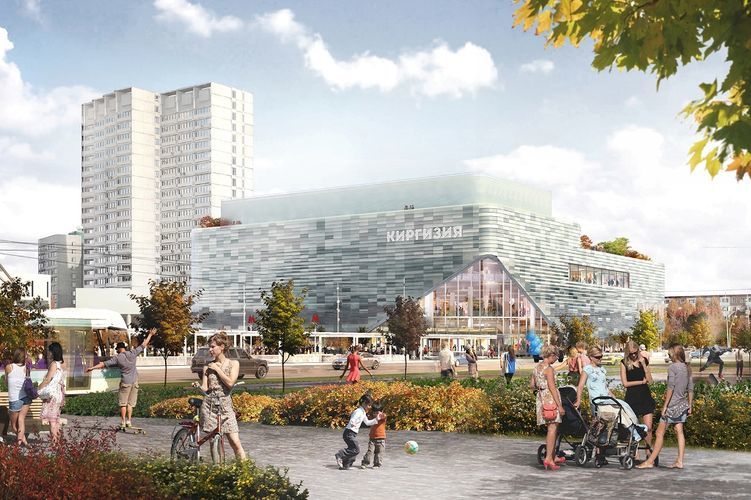 As noted, Moscow will breathe life into the outdated Soviet cinemas (about 40), which will be reconstructed. From dilapidated buildings, they will turn into modern district centers that can meet the needs of residents of each district. Today, cinemas are practically not used for their intended purpose, many of them are closed.

According to the project, 10 of them will be opened after reconstruction in 2020, including Kyrgyzstan cinema, which was opened on April 28, 1972.