Hockey team of Kyrgyzstan defeats UAE at qualification for the Olympics 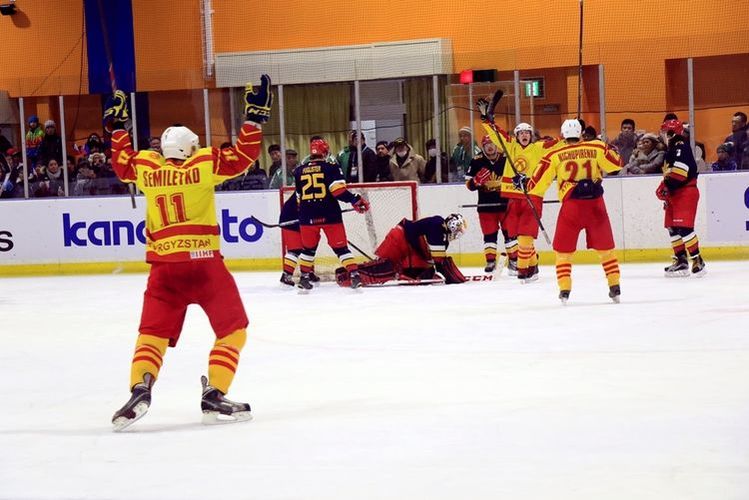 The national ice hockey team of Kyrgyzstan started a qualifying tournament for the 2022 Winter Olympics with a victory.

At least 12 teams will play at the final stage of the Olympic hockey tournament. Nine of them are already known — these are the eight best teams in the world ranking and the host of the Games. The competition for the remaining three berths will take four qualifying rounds.

The Kyrgyz team plays in group N in the first round. In addition to it, there are teams from Bosnia and Herzegovina, Luxembourg and the UAE. Matches are held in Luxembourg.

Earlier, the Kyrgyz Republic and the UAE met at the qualifying tournament for the World Cup in April. The team of Kyrgyzstan won (7: 4).

The Kyrgyzstanis will have the next match with a team of Luxembourg on November 9.

Some Bishkek districts to have no gas for three days
News brief
20 April, Tuesday
12:48
Two patients die in Kyrgyzstan from coronavirus for 24 hours Two patients die in Kyrgyzstan from coronavirus for 24...
12:43
225 new cases of pneumonia, COVID-19 registered in Kyrgyzstan, 92,320 in total
12:29
Unknown people fire at car of political party founder in Kara-Balta
12:18
Prosecutor General of Kyrgyzstan names most corrupt state bodies
12:06
Referendum results: Votes to be recounted at some polling stations in Bishkek
11:33
Consumables for AstraZeneca vaccination arrive in Kyrgyzstan
11:25
Two boxers from Kyrgyzstan take 1st place at RCC Boxing Promotions
11:15
Three people injured in traffic accident in Bishkek
11:06
Heads of districts, their deputies to be appointed from personnel reserve only
10:12
UN headquarters approves Kyrgyzstan's initiative Nature Knows no Borders