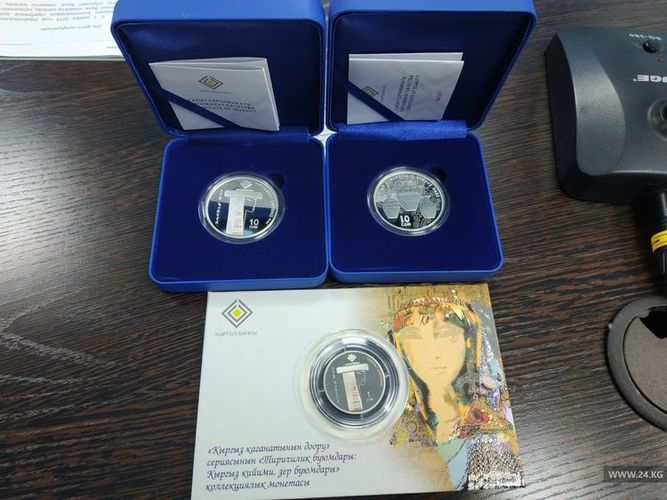 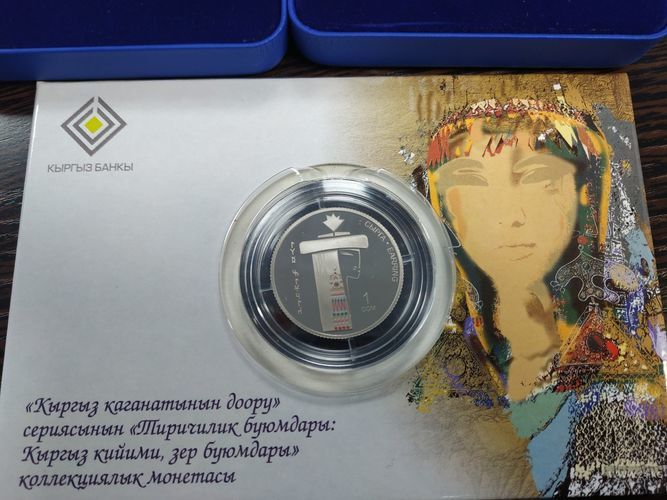 According to Dana Saifullina, the coins were issued to promote spiritual and cultural values. About six coins have been issued in this series earlier. 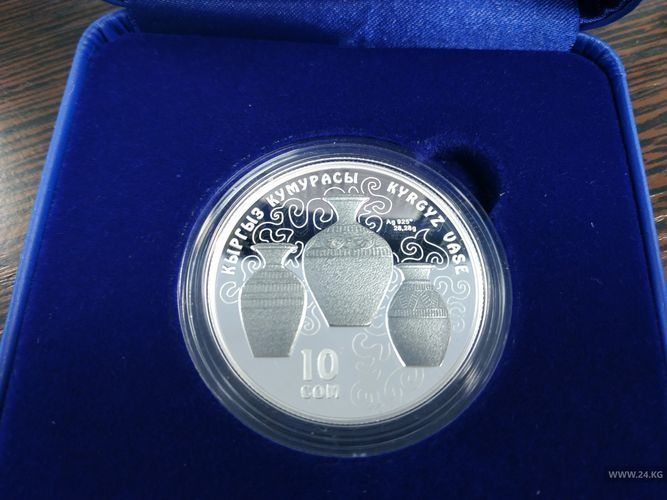 Front side of the coin «Household items: elements of clothing, jewelry» depicts image of a woman with an earring using stylized ornaments and pendants. The name «Kyrgyz State» is made by Orkhon-Enisey runic script. There is also the name of the coin «Syrga / Earring.» Its reverse side has a stylized element of an earring with imitation of precious stones and coral pendants. There is the coat of arms of Kyrgyzstan in the center. 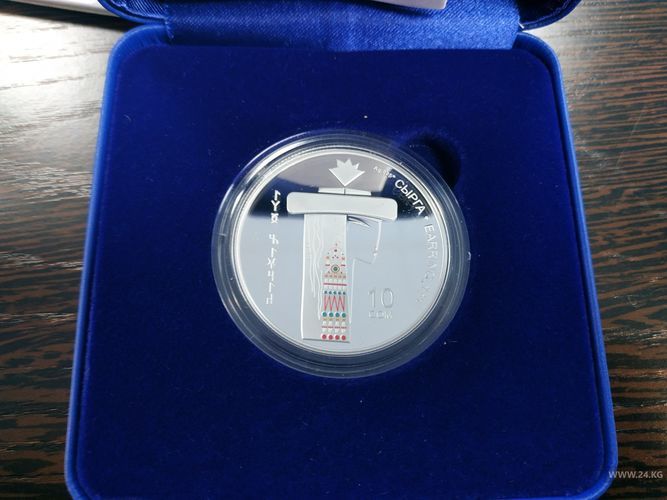 The National Bank plans to continue this series.