Parliament of Kyrgyzstan supports ban on uranium and thorium mining

Parliament of Kyrgyzstan supported the ban on uranium and thorium mining in three readings. At least 110 deputies out of 111 registered voted for it.

Only one deputy voted against — Azamat Arapbaev. 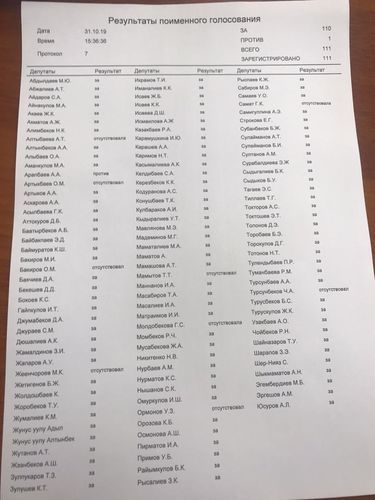 A scandal erupted earlier. YurAsia company was going to develop Tash-Bulak deposit of Kyzyl-Ompol group of uranium-thorianite placers. They planned to process it at Kara-Balta Mining Plant. However, the Kyrgyzstanis strongly opposed the project. Protests against development of the field took place in Bishkek and Balykchi.

The exploration license of the company was temporarily suspended. Deputies of the Parliament instructed the Government to ban prospecting, exploration and development of uranium deposits in Kyrgyzstan. As a result, the Cabinet of Ministers adopted a decree prohibiting work on licensed areas provided for the geological study and development of radioactive elements — uranium.