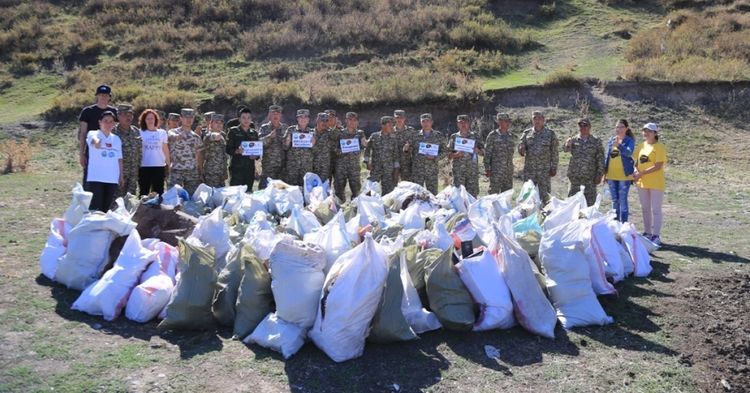 Volunteers from Kyrgyzstan led the country to the first place following the results of an eco-campaign on the World Cleanup Day. Eco Demi Public Foundation reported.

The Public Foundation received an official letter of notification of victory and gratitude for participation from the headquarters of the International Organization Let’s Do It.

«The head of the organization, Eva Truuverk, noted that our country, having become a part of the largest Let’s Do It campaign, made a significant contribution to the fight against global pollution of the planet and became a source of inspiration,» the foundation noted.

The official country partner of the global «Let’s Do It!» movement in Kyrgyzstan has traditionally been the Eco Demi Public Foundation. The campaign was supported by the offices of the President and the Government of the Kyrgyz Republic, more than 7,000 public and commercial organizations, as well as the majority of state structures.

Kyrgyzstanis collected more than 9,000 tons of garbage for a day. They sorted it right away, some of it, plastic and glass, was sent for processing, the rest was taken to municipal landfill sites.

«Thanks to the general mobilization, we have managed to gather 624,000 people that is almost 10 percent of the total population of Kyrgyzstan. It became the largest percentage within the campaign. Kyrgyzstan took the first place among 180 participating countries and became an example and a source of inspiration for all of us,» said Eva Truuverk in her address.

The worldwide ecological campaign on cleaning the planet from spontaneous garbage in public places, as well as in natural parks and reservoirs, took place on September 21. At least 58 million caring inhabitants of the planet came to clean up on that day.

Kyrgyzstan joined the global cleanup in 2018. The campaign was supported by about 400,000 people, who had collected about 8,000 tons of garbage for a day.