Nearly 6.5 tons of garbage collected on beach in Bosteri for a day 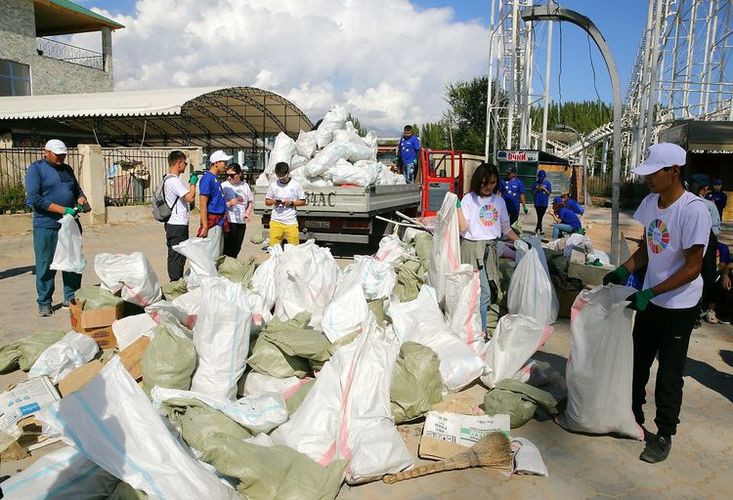 Almost 6.5 tons of garbage were collected during an environmental campaign on one of the beaches in Bosteri village, Issyk-Kul region of Kyrgyzstan. Delegation of the European Union to the Kyrgyz Republic reported.

«At least 150 people took part in the campaign — employees of the EU Delegation in the Kyrgyz Republic, Embassies of Germany and the UK, the UN system in Kyrgyzstan, volunteers from Bishkek and Issyk-Kul region. Almost two-thirds of the garbage collected is glass and plastic waste. They were sent for recycling to a special facility in Balykchi,» the European Union Delegation said.

The #EUBeachCleanUp campaign is taking place around the world at the initiative of the European Union. In 2018, similar events took place in 70 countries with participation of almost 3,000 people. In 2019, the campaign will be held in almost 80 countries.