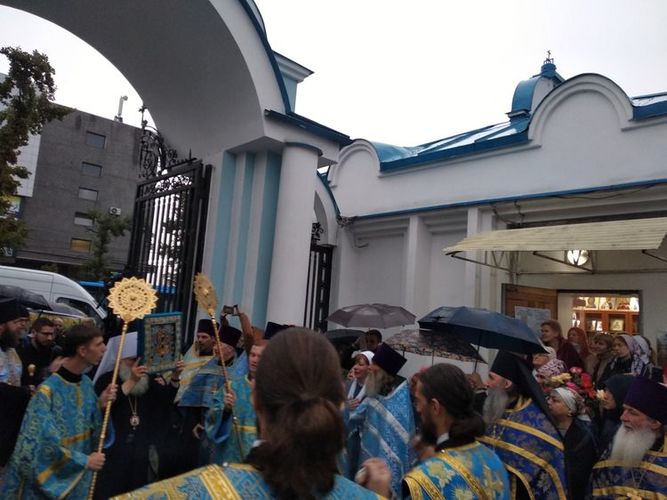 The most ancient miraculous icon of the Blessed Mother, before which a saint Seraphim Sarovsky was healed, arrived in Bishkek from the USA.

One of the greatest shrines of the Orthodox Christian world — the miraculous Kursk Root Icon of the Mother of God «The Sign» — was met in Bishkek the day before.

It is believed that the icon dates back to 1295. According to a legend, an incurably sick child, who was brought to this icon, recovered in the near future in 1767. This boy was the monk Seraphim Sarovsky. In October 1920, the icon of the Blessed Mother left Russia.

The holy image is stored in the Znamensky Cathedral of the Synod of Bishops in New York.

The icon was delivered to Kyrgyzstan by a delegation of the Russian Orthodox Church abroad (USA, New York), led by Bishop Nikolai of Manhattan, Vicar of the Eastern American Diocese.

The Kursk Root icon is called one of the most traveling shrines. Every year, it visits certain parishes where Orthodox people live. The farthest point is Australia.

From Bishkek, the icon will be transported to Samarkand, then to Tashkent and Dushanbe. Then the shrine will again return to the capital of Uzbekistan, where its farewell will take place on September 19.