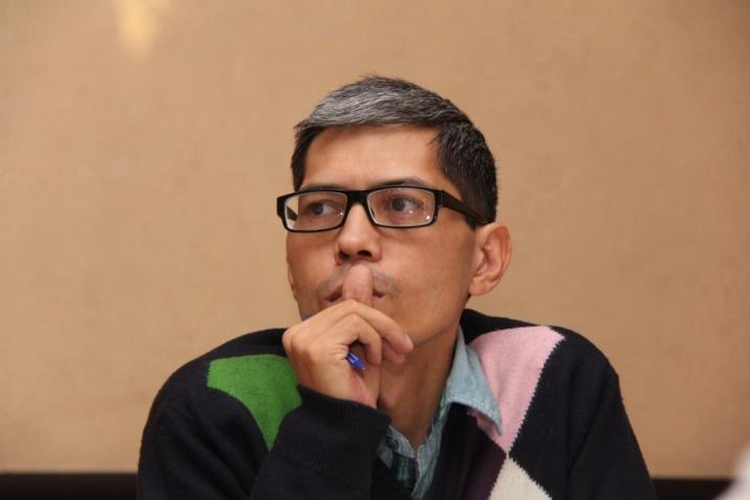 «Key questions I would like to ask the Government of Kyrgyzstan, which announced successful negotiations with investors, are: «Gentlemen officials, how much is your word? Can you be trusted this time?» said a Kazakhstani political analyst Zamir Karazhanov, commenting on the situation around Kumtor mine.

— Kyrgyzstan has signed a new agreement on Kumtor mine. As the Government stated, it compares favorably with the previous ones. Is it possible to say that a period was put to the situation with the mine?

— All past experience says that agreements and assurances, unfortunately, do not always work. Therefore, it is too early to put a period to the mine issue in Kyrgyzstan. Rather, it is a comma.

I am confused by several points. The first is the responsibility of the parties. That is, who will be held accountable if the agreements do not work?

We know from the experience of Kumtor that these are not foreign investors who violate the agreements and revise the conditions on the go.

This had happened more than once. As a result, those responsible were not found and not punished. The budget suffers losses, and ineffective officials calmly take another job. And it turns out that it seems like no one is to blame.

This negative specificity concerns not only Kyrgyzstan and the Kumtor mine. This is a distinctive feature of the entire post-Soviet space. And what do we get as a result? There is a successful project, but constant malfunctions do not make it the pride of the industry, but a sore spot.

Therefore, the key questions that I would like to ask the Government of Kyrgyzstan, which announced successful negotiations with investors are: «Gentlemen officials, how much is your word? Can you be trusted this time?»

Related news
How much will Centerra Gold pay under new agreement with Kyrgyzstan?
The second point that raises questions is the serious dependence of the project on the political environment. The fact is that serious issues of an economic and political nature are connected with the work of the Kumtor mine. Revenues from it are a serious component of the country’s budget. This means that the stability of the political situation, to some extent, depends on one commercial project. I will not estimate how correct this is. It is a fact.

In this situation, all past actions of the Kyrgyz side do not look logical. How can one increase the risks of already not very stable position by one’s own hands and escalate the situation? It’s more correct to put the mine out of the picture and resolve internal political disputes without involving the foreign business in it.

— Will the new agreement be viable if the key issues that you have listed are up in the air?

— I’m afraid my assessments will be unreasonably skeptical, but I rely on past experience of relations between Bishkek and gold miners.

The situation around Kumtor is complicated and confusing. If a lot did not depend on the project, I would suggest taking the issue off the table and forgetting it. That would be right.

In a situation where, if not everything, then a lot depends on the project, it would be even more logical and reasonable to resolve disputes on it, but this is hardly possible.

— What are the risks for the economy and image of the country, if your fears materialize?

— All the risks are known in advance. They have worked or have worked partly last time, when they tried to reconsider the reached agreements.

The worst thing that can happen in the future is that the country will lose a part of the profit from gold mining prescribed by the law.

It seems to me that, despite the importance of Kumtor for the budget of Kyrgyzstan, it should not get hung up on the project. There, of course, will be no other such mine in Kyrgyzstan, however, there are other projects on extraction of mineral resources. They can serve as a basis for quality investments.

Another question is whether the parties will draw useful lessons and whether they will be able not to repeat the previous mistakes made during the work of the gold miners in Issyk-Kul region? I really want to believe that this is possible.