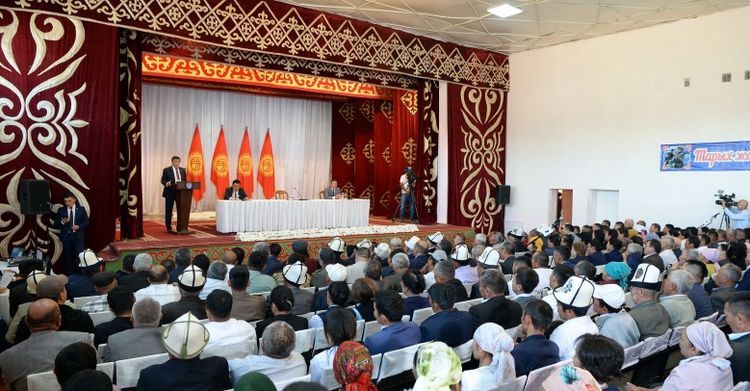 Corruption in the echelons of power in Kyrgyzstan has become a major national problem for a quarter century. President Sooronbai Jeenbekov said at a meeting with residents of Ak-Tala district of Naryn region. Press service of the President said.

«The state service is not intended for personal enrichment. There is a large number of those who seek power not for development of the country, but for accumulation of wealth. They have turned power into an enrichment tool and a business,» he stressed.

The President added that entrepreneurs who came to public service should completely change their thinking.

People without selfish interests should come to power, not for enrichment, but willing to honestly serve and enjoy respect among the people.

«We must support those who sacredly value reputation. The fight against corruption will continue,» the head of state said.

«Digitalization will open up new opportunities for our citizens. The human factor will be excluded in the provision of public services, this will eradicate corruption elements,» Sooronbai Jeenbekov stressed.

He added that measures were also being taken to reduce volume of counterfeit products through product labeling, reduce the shadow economy and increase budget revenues through fiscalization of tax procedures.

«Thanks to these tools it is possible to eradicate corruption. The fight against it is currently advancing thanks only to power and control. Great success is possible only with the support of the people. Law has been passed to protect citizens who have reported corruption,» said President Sooronbai Jeenbekov.