Supporters of Almazbek Atambayev getting ready for his departure for Moscow 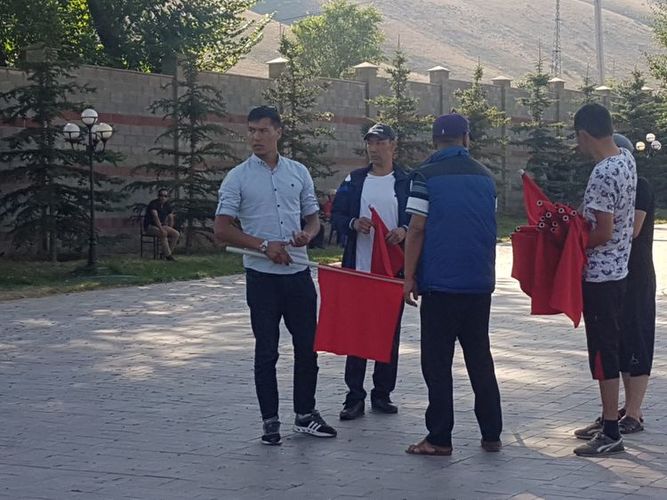 Former president of Kyrgyzstan Almazbek Atambayev is getting ready for departure for Moscow.

Almazbek Atambayev is going to leave Kyrgyzstan today. He previously stated that he would stay in the capital of Russia for two days. With whom he will meet and what they will talk about is still unknown.

Supporters of Atambayev are preparing for his departure thoroughly. They load stones wrapped in blankets and put flags on wooden shafts in a bus. The national headquarters does not exclude provocations by the authorities and stress that the former head of state may take off from the airfield of Kant airbase. A private aircraft is allegedly waiting for him there.

The Parliament of Kyrgyzstan lifted immunity from the former president. He received three summons for questioning as a witness within the case on the unlawful release of the kingpin Aziz Batukayev, but Almazbek Atambayev flatly refused to appear in law enforcement agencies.