Sale of alcohol stopped in Bishkek hypermarkets during SCO summit

Sale of alcohol was banned in Bishkek hypermarkets on June 13 and June 14 due to the holding of the SCO summit. The corresponding announcements were placed in the hypermarkets. Reader of 24.kg news agency sent the photo. 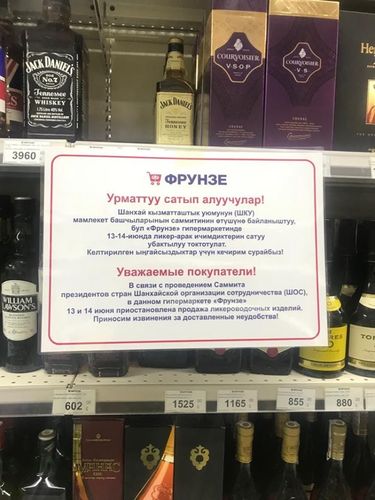 Recall, Summit of the SCO Heads of State is held under the chairmanship of Kyrgyzstan in Bishkek on June 13-14. Leaders of 11 countries attend it.