Sooronbai Jeenbekov urges not be afraid and openly fight corruption 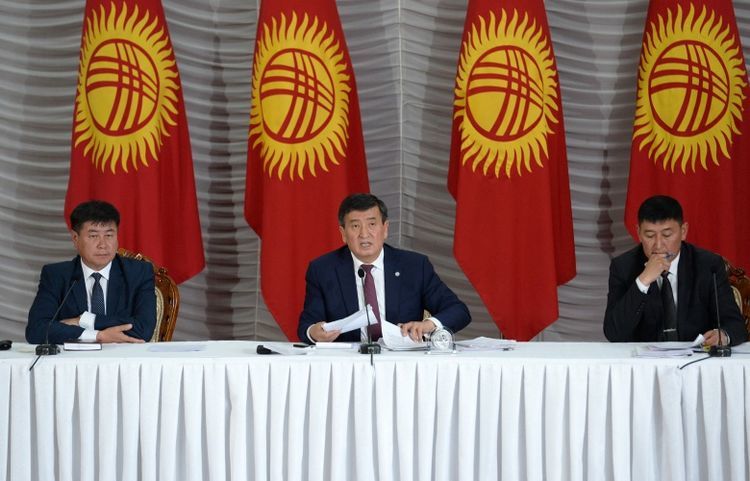 «Do not be afraid, openly fight any manifestations of corruption,» the President of Kyrgyzstan Sooronbai Jeenbekov said at a meeting with residents of Tyup district of Issyk-Kul region. Press service of the head of state reported.

«The fight against corruption will not stop. The president alone will not cope with it in this struggle. I have the will — as president, I will head this fight. But there are those who do not want this,» Sooronbai Jeenbekov said.

«As people say, «a leopard cannot change its spots.» Those who got used to feeding from a big trough do not want to lose it now. There will be no corruption only when we all fight against this evil together. All the officials involved in corruption, regardless of their past achievements and rank, whatever branch of government they represent, will definitely incur the strictest punishment,» the head of state said.

Heads of local authorities, law enforcement agencies, I appeal to you, stop taking the position «it’s none of my business.»

«Do not be afraid, openly fight with any manifestations of corruption. Otherwise, it will have a detrimental effect on the future of our state, our people,» the head of state urged.

He noted that corruption exists where there is direct contact between a person in need of a public service and an official. To fix this, a system that excludes such a contact is introduced.

«Then, firstly, we will liquidate the bureaucracy, and secondly, there will be no corruption,» President Sooronbai Jeenbekov summed up.