There is a long queue at the Republican Clinical Hospital. It had no spare beds for patients even in the corridors on May 9-10. A reader informed 24.kg news agency.

«Why can’t another hospital be opened?» he asks. 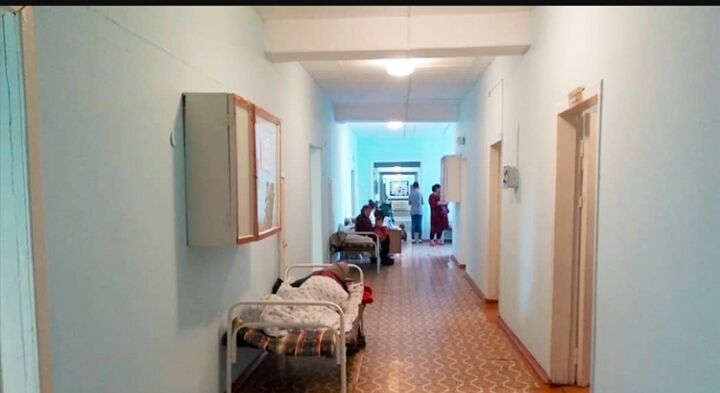 The reader told that there is no hot water in the hospital. «Why water heaters are not installed there, there are a lot of patients with small children, newborns, they need to be washed...» he wrote.

The Infectious Diseases Hospital is designed for 400 beds. During epidemics, doctors have to place patients in the corridors. A four-party memorandum on construction of a new hospital has been signed by the Ministry of Health, the Ministry of Finance, the Ministry of Economy and the Korean side as far back as in 2016. They calculated that the new building, built at the expense of a soft loan, would cost $ 10 million. The sum has increased to $ 27 million now. At the end of 2018, the Korean side completed a feasibility study of the project.

As it is a loan project, it must also be approved and ratified by the Parliament and the President.