Cuban about hats, snow: I was surprised that a piece of fur can be put on head

Guillermo Bravo arrived in Kyrgyzstan from distant Cuba back in the days of the Soviet Union through a student exchange program. In those years, the best students from the countries of the socialist camp were sent to get higher education in the USSR.

It was very prestigious to have a diploma of a Soviet high school.

Guillermo Bravo is a mechanical engineer, he began learning the Russian language in Cuba, preparing for a trip to the USSR. 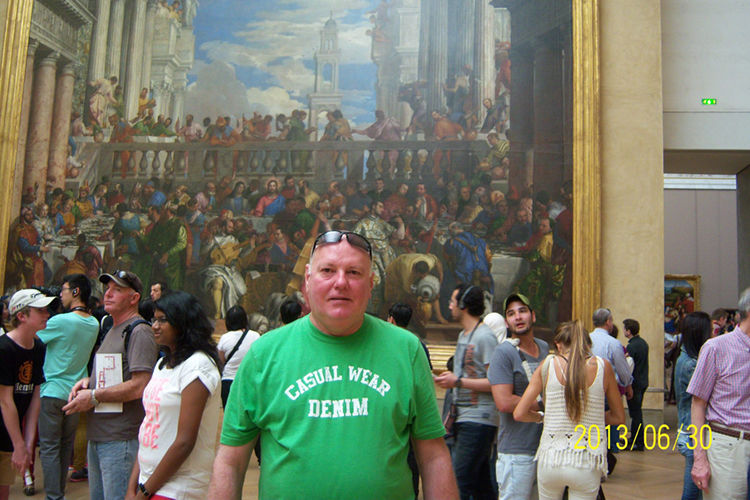 «I was 19 years old when I came to Kyrgyzstan. I ended up here by chance. As part of a group of Cuban applicants, I was to be sent to Azerbaijan, but then, for some reason, the Moscow distribution commission revised the decision, and I went to Bishkek. In those years, the capital of Soviet Kyrgyzstan was named after the Commander of the civil war times Frunze. Honestly, I did not know anything about this republic, except that it was a part of the USSR. I had to look for it on the map and read what kind of state it was,» he told.

Guillermo Bravo entered the Polytechnic University and graduated from it with distinction. There he met his future wife Svetlana. Having completed his study, Bravo, together with his young wife, went to Cuba and worked there until 1989. His daughter Juliana was born there.

— Why did you decide to return to Kyrgyzstan?

— Parents of my wife lived here. Her mother fell ill, and we decided to come to Frunze city. It was in 1989. We thought we would live here for some time and leave, but life had other plans. I got a job as a design engineer at Industroiproekt and worked there until 1993. 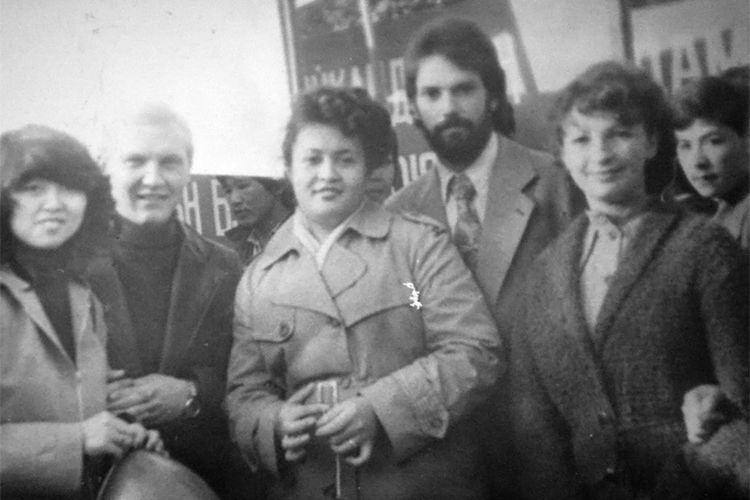 It was an interesting time. I had to travel a lot. I visited Uzbekistan and Turkmenistan. And then the enterprise closed, like many others after the collapse of the USSR.

In 1991, my son Jesus Vladimir was born. We needed money. I could not wait until the economic situation evened out, and I am a bad merchant. So, I became a teacher.

I sowed the reasonable, the good, the eternal at KSNU and KRSU, now — at AUCA. I also give lectures to students on Spanish literature and history, tell them about European values.

— Do your children also live in Kyrgyzstan or in Cuba?

— Juliana got married and left for Germany, she has two daughters. And Vladimir is in Bishkek. He graduated from AUCA and works as a programmer.

— Is there something in Kyrgyzstan that reminds you of your distant homeland on the coast of the Caribbean Sea?

— There are certain aspects, for example, the people.

Like the Cubans, the Kyrgyz are very soft-hearted, sociable. It is nice to talk with them.

Maybe it is also because I speak Russian fluently. I, unfortunately, has not mastered the Kyrgyz language. I understand only the simplest sentences. Some dishes remind me of my homeland, plov for example. People in Cuba also like rice, and this is the main ingredient in plov.

— Do you miss seafood? Meat is a priority in Kyrgyzstan...

— All sorts of seafood delicacies are in short supply in Cuba, too. There are prohibitions everywhere. Fishermen can not sell their catch through private traders or directly. The fisheries are state-owned, and it is not easy to find a fish in a store.

And the fish market is poor. The range is richer in Kyrgyzstan. Cuba has a very difficult economic situation, and imported products are expensive. But we have an excellent climate on the island and wonderful beaches. The Cubans survive thanks to tourism.

— Well, since we started talking about food, please, tell me is there any dish or dishes which you are afraid to try?

— I am a fussy eater. I am not a vegetarian, but I do not like meat. I eat a little of it and very rarely. I prefer trout, vegetables. I love cheese. I will say at once: I have not eaten and do not eat brains, eyes and other parts of sheep’s head.

— Where do you like to go in Kyrgyzstan? Do you have a favorite place?

I like your natural park Ala-Archa very much. When guests from Europe come to visit us, from Spain in particular, I take them there.

It is very beautiful there, you can take a walk, enjoy the fresh air, feed squirrels. I liked Issyk-Kul lake, of course. But the water in the lake is very cold. I prefer warm, sea water.

— When Bishkek was called Frunze, that is, during the Soviet time, my family and I loved to visit the Exhibition of Achievements of the National Economy. And now I like to walk in the Oak park. I generally love parks, especially in spring, when all the trees are green and there is a smell of freshly cut grass.

— Do you miss Cuba or is your home here now? 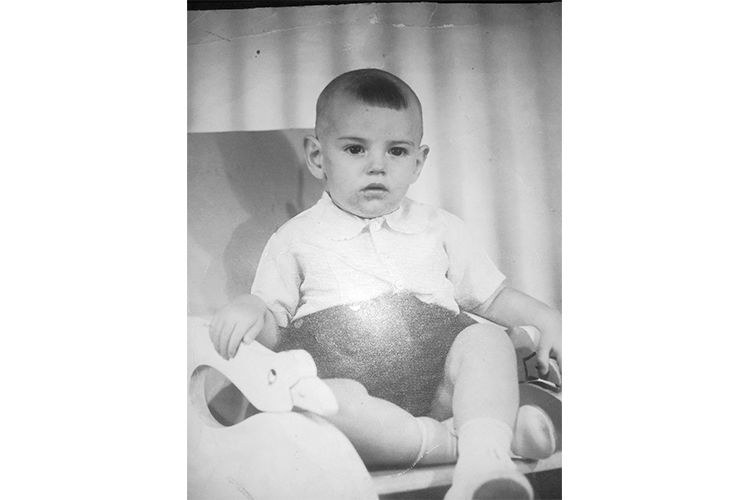 I have a house in Cuba. It is located three kilometers from the beach. But in Kyrgyzstan, the mountains compensate the lack of the sea.

— What has fascinated you in acquaintance with the locals?

— At first, I watched. It’s not so easy, you know, to immediately see some pleasant or, on the contrary, repulsive features. We are completely different, different cultures. 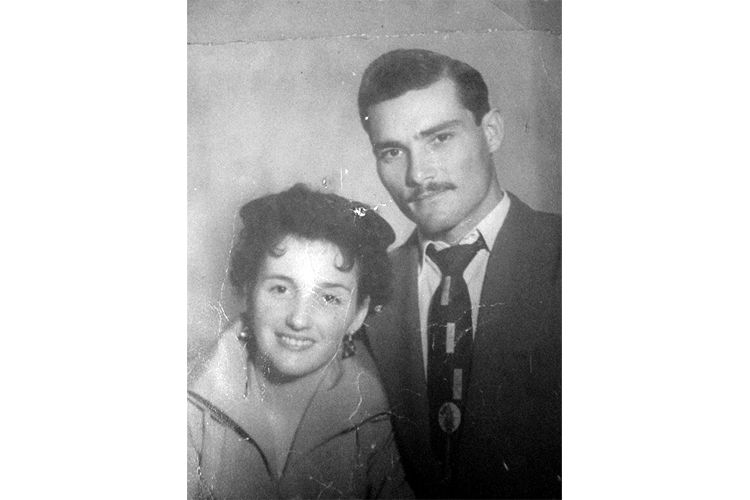 But we must learn to perceive another country. At first, there was a lot of incomprehensible, unusual. But, as I have said, the Kyrgyz are similar to the Cubans with their openness, friendliness. I have enough friends here.

I also remember such a moment when meeting Kyrgyzstanis: you do not like cold water and are afraid of drafts.

In my homeland, if you come to visit someone, you will certainly be served a large glass of ice cold water. And here — it is warm or even hot tea. I am not a fan of this leaf drink.

— It is infringement of law. I drive a car and often used to come across money extortions on the roads, and they were completely unreasonable. But the situation has improved recently. But my friends, who started their business here, complained that they were not playing by the rules, and this greatly hindered the development of their business.

— Do you regret your arrival in Kyrgyzstan?

— We have always thought that we would leave. Especially after the collapse of the USSR, when there was no work, money, prospects. But everything became fine gradually.

After the events of 2005, we had one foot out of the door again, but remained. We did not change our place of residence even after April 7, 2010.

We are still going to leave, but are still here for some reason.

— Probably because we got accustomed ... I don’t know. It is senseless to go to Cuba. There is a very difficult economic situation. There is no use in leaving for Europe, Spain, for example. 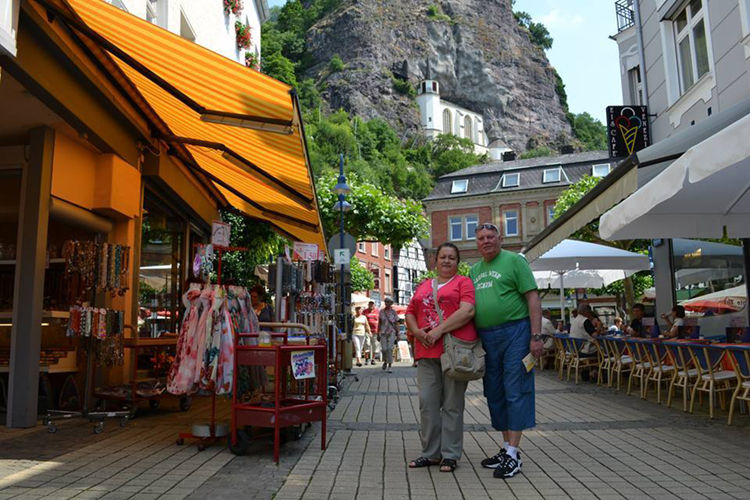 It is not easy to find a decent job at my age there. And I have a job here, I teach the language, and I like it.

— How did it happen that you became a linguist — teacher? You are not a philologist and not a teacher by education.

— When I studied at the university, I attended Russian language training courses.

When I arrived in Cuba, I taught translators at an evening school. So I gained experience. After the collapse of the USSR, this skill was very useful to me.

Then I took advanced training courses in Spain, and these are very good competencies. I was engaged in interpretation. I practiced as a simultaneous interpreter when the Spaniards came. 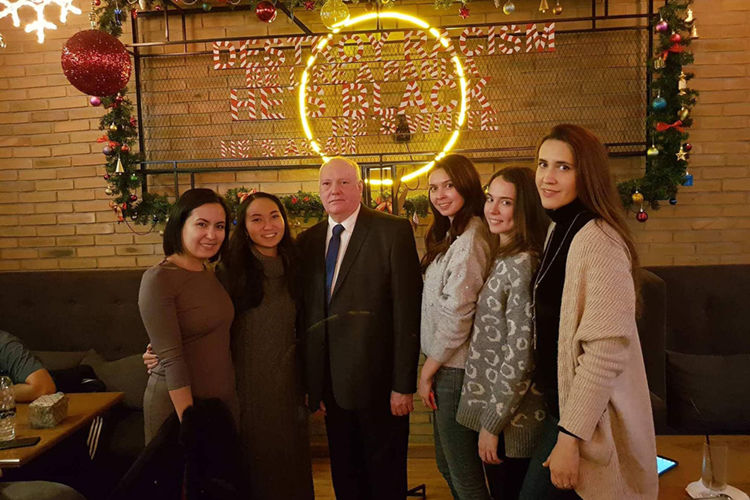 My wife really helped me, we worked in tandem, so to say. We visited the south with the first delegation from Spain. They collected one plant that looks like peas, it is very popular in Madrid. It is put in jars and used as an ingredient in certain dishes. So I interpreted for them.

— What was your brightest impression in Kyrgyzstan?

— It was snow. I first saw it here, in your country. I was a student then, and we, in addition to scholarships, were given additional 300 rubles to buy winter clothes. I remember, they took us to the Central Department Store and offered to buy a coat, boots, and a hat.

I was so surprised that a piece of fur can be put on your head and you can walk in it.

— Is there anything in Kyrgyzstan that does not suit you and you would like to change it?

— I would like Kyrgyzstan to get a stable economic position, not to sink into the abyss of radicalism. I would like it to develop democracy. Your country has all the prerequisites for becoming a rich state: a tolerant system, a minimum of prohibitions. I would like the people to learn living by the law. And so, Kyrgyzstan has a bright future ahead, the main thing is not to miss the chance.