Sergei Shoigu: Kyrgyzstan can always count on support of Russia 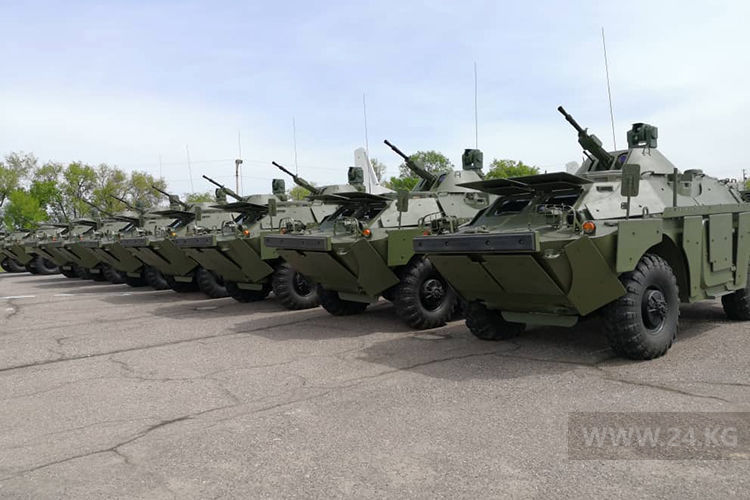 The Ministry of Defense of Russia granted two helicopters and nine combat reconnaissance patrol vehicles BRDM-2 to the Armed Forces of Kyrgyzstan today.

The military equipment was transferred as a free military-technical assistance.

According to the press service of the General Staff, the provision of assistance to the Armed Forces of the Kyrgyz Republic by the Russian side is stipulated by the provisions of an intergovernmental agreement regulating the stay of the united Russian airbase in the republic.

The Defense Minister of Russia Sergei Shoigu noted that in the conditions of mountainous terrain and inaccessibility of many residential areas, the provided equipment would expand the possibilities for carrying out transport, search and rescue tasks.

«The armored reconnaissance patrol vehicles will increase the ability and mobility of the ground forces. Of course, the development of friendly, mechanical relations is considered as a factor of regional stability. Kyrgyzstan can always count on Russia’s support in providing security,» he said.