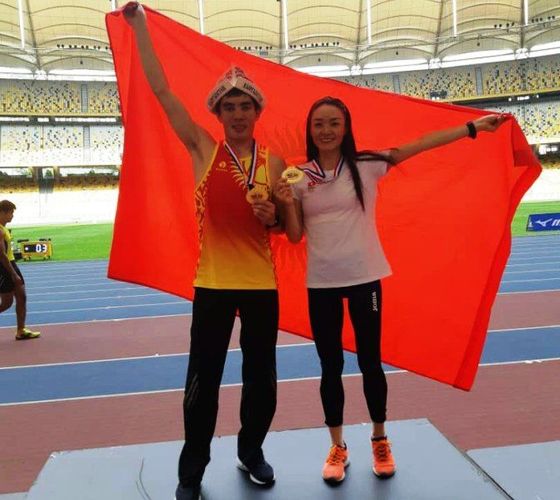 The tournament was held for the first time. Athletes from 14 countries took the start. Kyrgyzstan was represented by four people. Anna Bulanova became a champion in 100 and 200 meters races, and Gulshanoi Satarova — in 800 and 1,500 meters races among women. Among men, Musulman Dzholomanov won the 1st place at a distance of 1,500 meters, and took the second place in 800 meters race.

Girl kidnapped for marriage, beaten in Issyk-Kul region of Kyrgyzstan
News brief
5 June, Friday
15:30
Over $ 300,000 transferred from Russia to Kyrgyzstan under fictitious contracts Over $ 300,000 transferred from Russia to Kyrgyzstan un...
13:56
At least 16,000 women give birth twice a year in Kyrgyzstan
13:32
Tourist season in Issyk-Kul region to become more active after June 20
13:21
Post-crisis government plan of Kyrgyzstan to be presented by end of June
13:10
Sergei Ponomarev: It is necessary to simplify tax administration
13:00
High risk of coronavirus infection observed in markets of Kyrgyzstan
12:51
Tatyana Kim: It is worth thinking about lowering refinancing rate
12:23
Kyrgyzstan suspends issue of visas without invitation to ethnic Kyrgyz
12:12
Family violence suspects to be detained for 48 hours in Kyrgyzstan
12:03
COVID-19 confirmed in six more medical workers in Kyrgyzstan