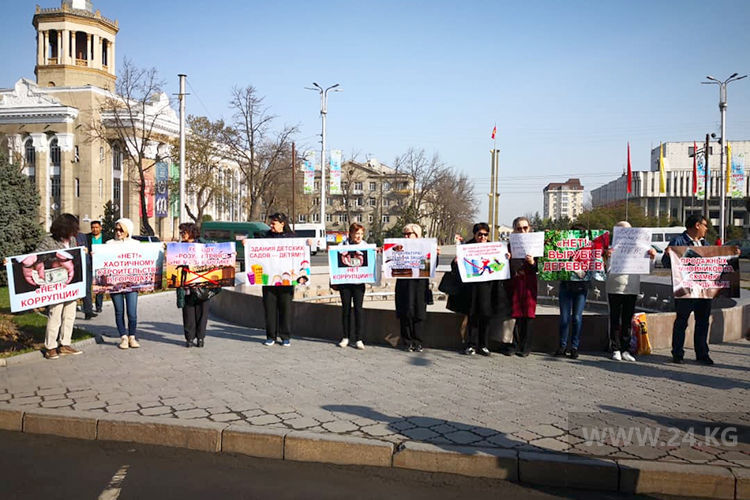 Residents of the 5th microdistrict hold a rally against construction of a house near kindergarten 138 in front of the building of the Bishkek City Administration.

As Svetlana Antropova, a member of Nashe Pravo (Our Right) NGO told, today the mayor’s office would consider the prosecutor’s response to the construction of a multi-storey building.

«We believe that the mayor must make a strong-willed decision and stop lawlessness today. Officials have gone beyond the limit developing the city chaotically. Now they encroach on the most holy — children. They begin to take away the territory of kindergartens and schools. All this is due to the fact that the officials do not fulfill their duties and did not draw up official acts for state-owned land plots at all municipal and state institutions in a timely manner,» she said.

In her opinion, this was done specifically in order to later seize the plots of land they like.

Svetlana Antropova added that the prosecutor’s office found a gross violation of land legislation — there is no multi-storey building in the city planning.

«So, it cannot be built there, because it is not in the plan. We hope that the mayor will carefully consider the documents, this territory is assigned to the kindergarten,» she said. 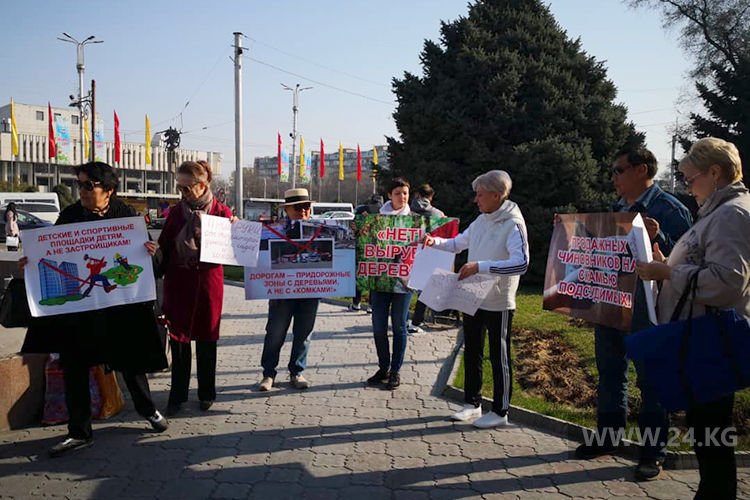 Recall, the Bishkek City Administration decided to build a house for its employees in the 5th microdistrict. The locals opposed. They claim that the building will appear on the territory of the kindergarten. Human rights activists say that in the detailed city planning of the Soviet period, this area belonged to the territory of the kindergarten and since then no one has changed its purpose. The prosecutor’s office of the Oktyabrsky district of Bishkek found violations in the allocation of land. On March 5, the mayor’s office reported that construction was suspended, but on March 20, according to local residents, work was resumed.

Secret room with prostitutes from Kyrgyzstan found in hotel in Turkey
News brief
1 October, Thursday
18:36
Schoolgirl hangs herself in Milyanfan village Schoolgirl hangs herself in Milyanfan village
18:01
Pedestrian crossing collapse in Moscow Oblast: Injured operated on
17:50
Cabinet concerned: COVID-19 incidence exceeds number of pneumonia cases
17:38
Kubatbek Boronov urges to provide schools with coal and heating
16:18
Prime Minister reminds parties: Destabilization of situation is unacceptable
16:04
COVID-19: President of Kyrgyzstan reminds that danger has not passed yet
15:39
Number of infected with coronavirus exceeds 33.9 million people globally
15:25
150 Kyrgyz students to be able to study at universities in Hungary for free
14:47
Return to traditional education: Who will go to school from October 6
14:31
Tenants owe more than 265 million soms to Bishkek