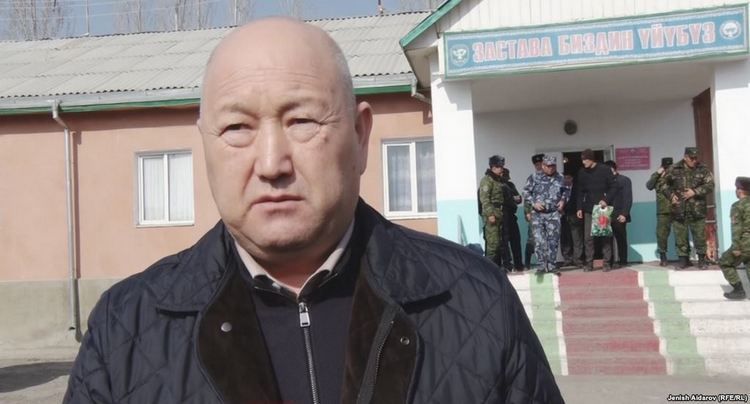 Deputy Prime Minister of Kyrgyzstan Zhenish Razakov told about the outcome of the negotiations on resolving situation on Kyrgyzstan-Tajikistan state border in Batken region.

He noted that issues relating to incidents that had occurred in Batken region on March 13-14, as well as the continuation of the construction of roads in the border area, were discussed.

«Two issues were discussed during the negotiations. The first is the incidents that occurred on March 13-14 in the border areas, the second is continuation of construction of roads in the border territory. As for the first issue, we agreed that the investigation of the incident should be conducted jointly. Investigative task forces formed from the staff of the Prosecutor’s Office and the Ministry of Interior were created to investigate and present the investigation materials. This is done in order to restore the full picture of the happened in order each side not to interpret the conflict in its own way,» he said.

According to him, taking into account regular conflicts in the border area, the parties proposed to create permanent commissions under the leadership of the heads of Batken and Sughd regions, which will include representatives of law enforcement agencies and prosecutor’s offices.

According to Zhenish Razakov, we have a lot of territories where houses of the Kyrgyz and Tajik citizens are close to each other, and in some areas they are staggered. Law enforcement agencies were instructed to conduct joint patrols of the streets where citizens of Kyrgyzstan and Tajikistan live.

«We have two roads, road from Isfara runs to Vorukh, but it crosses Kyrgyz territory three times — in Kok-Terek, Tash-Tumshuk and Ak-Sai villages. The situation is the same on Batken — Isfana road, where Tajik territory is crossed at a certain section. Therefore, we instructed the border agencies to remove all obstacles in order citizens of the two countries can freely move along these public roads,» the Deputy Prime Minister told.

«You need to understand that Isfara is the starting point, and Vorukh is the final one, but, as I noted, Kyrgyz territory is crossed three times on the way. A protocol was signed on this part in 2014, according to which an additional road bypassing Ak-Sai village in Batken district will be built, which will be located outside the village. There is a main road now that passes through the village, and the second road is being built outside the village, where there are no houses. This road is not status, independent, and so on, it is out of question. There is no talk about some corridor. It’s just an additional road that both citizens of Kyrgyzstan and citizens of Tajikistan will be able to use. These are two options — one road through Ak-Sai village, the second road — outside the village,» commented Zhenish Razakov.

According to him, this territory is the territory of the Kyrgyz Republic.

«Yes, the Tajik side offered assistance in the construction of this road — there are 4 kilometers. In fact, the roadbed is ready, it needs to be completed. Of course, we said that we were grateful for the help, but since this road is the territory of Kyrgyzstan, we will complete it at our own expense, by our own companies,» he explained.

As for the completion of Ak-Sai — Tamdyk road: this is the fifth category road — it is intended for cattle driving. Driving of cattle in the autumn and spring periods is an actual moment, because today there is only one road on pastures of the Kyrgyz Republic — through Vorukh in Isfara region. And the residents of our three rural areas Ak-Sai, Samarkandek and Ak-Tatyr graze cattle on Kirevshim pasture.

In the spring and autumn periods, when cattle are driven, certain moments arise with the inhabitants of Vorukh and some household level issues. In order to eliminate this, Ak-Sai — Tandyk road is now being built on our pasture.

«We agreed in the protocol that the Kyrgyz side undertakes and will complete this road. Its construction has already begun. All tender issues with selection of a contractor have already been resolved. Work is also being carried out in this direction,» the Deputy Prime Minister added.

«I have to say that a very competent group worked on our part and we discussed each issue. And therefore I want to note that this protocol was drawn up taking into account the interests of two states. If we call it by settlements, it will be called Isfara — Kok-Terek — Tash-Tumshuk — Khodjala — Ak-Sai — Vorukh. That is, Isfara is the starting point, Vorukh is the end point. It is wrong to say that Isfara, Vorukh is a purely Tajik road,» he said.

The Vice Premier noted that the protocol was not secret, and the interstate commission would continue the meeting in April.

Government to consider opening of new flights to Russia, Kazakhstan, Turkey
News brief
27 September, Sunday
13:00
American Andrew Wheeler: Nothing beats Naryn’s bozo American Andrew Wheeler: Nothing beats Naryn’s bozo
26 September, Saturday
15:43
Will quarantine be introduced after the elections? President's answer
12:43
An-26 military plane crashes near Kharkiv, cadets killed
10:58
USA may limit student visa period for Kyrgyzstanis to two years
10:40
Seven more medical workers diagnosed with coronavirus in Kyrgyzstan
10:35
158 new cases of pneumonia, COVID-19 registered in Kyrgyzstan, 46,090 in total
10:30
155 more people recover from COVID-19, pneumonia in Kyrgyzstan
10:16
Private pharmacies to be liquidated in all hospitals of Issyk-Kul region
09:58
Cuba could be granted observer status in EAEU by the end of 2020
09:43
Construction of new building of Jalal-Abad hospital to be completed in November