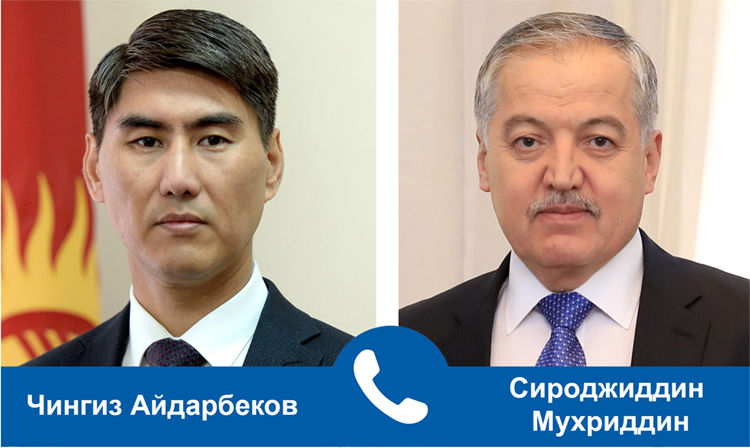 Additional telephone conversation took place between the Foreign Minister of Kyrgyzstan Chingiz Aidarbekov and his Tajik counterpart, Sirojiddin Muhriddin. Press service of the Ministry of Foreign Affairs of the Kyrgyz Republic reported.

Related news
Border conflict: Kyrgyzstani in grave condition
The heads of the ministries discussed further joint steps aimed at resolving the situation on the Kyrgyz-Tajik section of the state border, and agreed to keep direct operational communication to coordinate joint actions.

Recall, conflict occurred on Kyrgyzstan-Tajikistan border in Ak-Sai village of Batken region on March 13. According to preliminary data, citizens of Tajikistan wanted to hinder construction of Ak-Sai — Tamdyk road. Kyrgyz border guards prevented this. Residents of the Kyrgyz village also gathered there, people began to throw stones at each other. In the evening, the border guards managed to bring the conflict under control, but, after a while, the situation became tense again.