Permissible air pollution level exceeded in all districts of Bishkek

The air condition in Bishkek is a matter of concern for environmental activists and citizens. 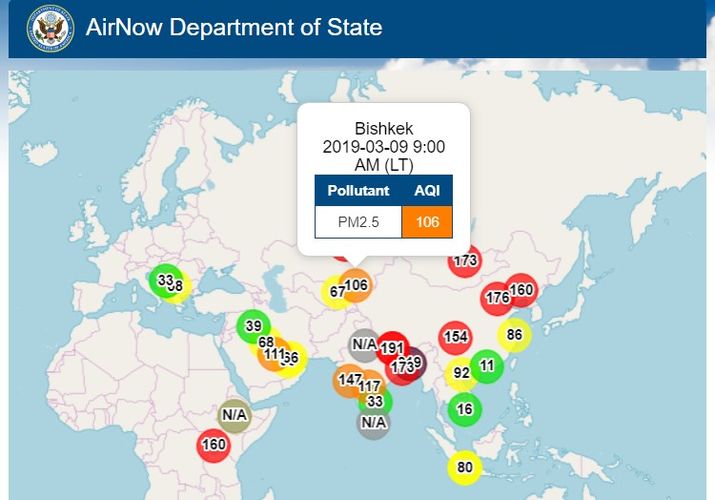