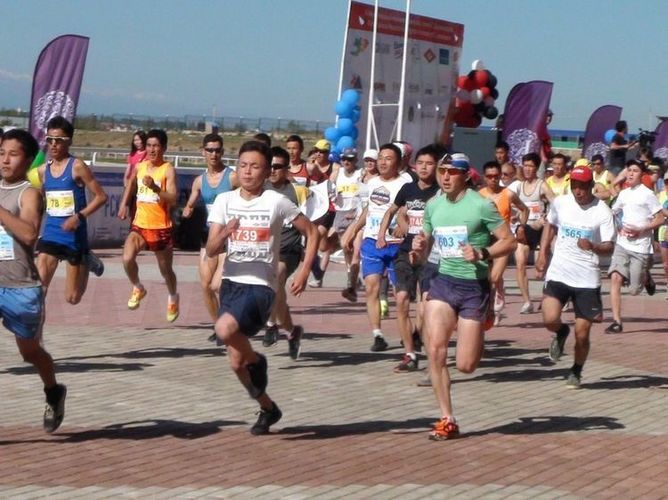 The 8th International Marathon Run the Silk Road in memory of bronze medalist of the Olympic Games Satymkul Jumanazarov will be held in Issyk-Kul region of Kyrgyzstan on May 11. Director of the State Agency for Youth Affairs, Physical Culture and Sports of Kyrgyzstan Kanat Amankulov told today at a press conference.

According to him, the marathon is timed to the chairmanship of Kyrgyzstan in the Shanghai Cooperation Organization.

The state has budgeted more than 10 million soms for its organization. An organizing committee headed by the head of the Presidential Administration was created for its holding.

More than 3,000 people are expected to participate in it, including leading athletes of the Kyrgyz Republic and other SCO countries. The prize fund will be 1,918 million soms.

A prize of $ 3,000 is provided for the first place at the marathon distance among men. If someone updates the record of Satymkul Jumanazarov, he will get the same amount. A women athlete, who will update the record of Irina Bogacheva (titled athlete), will also receive a 100 percent bonus. «This is an innovation of the upcoming marathon, introduced to motivate participants to achieve high results,» Kanat Amankulov told.

Marathons under the auspices of the SCO are held quite often. Darya Maslova took the third place at such marathon in China in 2018.

link: https://24.kg/english/110962/
views: 792
Print
Related
300 people participate in marathon dedicated to fight against infections in Osh
Kyrgyzstani wins Almaty Half Marathon
About 2,500 people participate in Run the Silk Road marathon
International Marathon starts in Issyk-Kul region
Kyrgyzstanis win four medals at international marathon in Tashkent
International Issyk-Kul Marathon postponed to 2021
Runner covers over 400 kilometers for five days in Kyrgyzstan
Traffic movement to be restricted in Bishkek due to half marathon
Some Bishkek streets to be blocked due to Save Snow Leopard race
National Guard serviceman sets record in long-distance running
Popular