Fear, risks, lack of guarantees. Why investor doesn't want to come to Kyrgyzstan 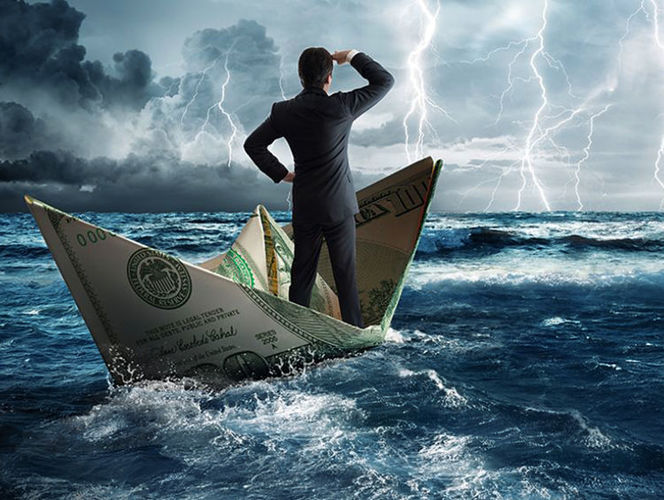 Officials of all ranks are not tired of assuring that Kyrgyzstan is a paradise for investors. However, businessmen do not believe in beautiful speeches and are not in a hurry to invest their hard-earned money into the economy of the republic. Moreover, there are no guarantees at least for the return of these funds.

According to the National Statistical Committee of Kyrgyzstan, the inflow of foreign direct investment in January-September 2018 was $ 344.9 million. Compared to the same period of 2017, the figure decreased by 31.5 percent. And the outflow of investments amounted to $ 328.1 million.

In fact, the net inflow of investments for three quarters of the last year was estimated at only $ 16.8 million.

There was a decrease in the volumes of all components of foreign direct investment, except for contributions to equity and trade loans.

We could, of course, blame on an unfortunate year, but comparison of the data for the last seven years also speaks not in favor of Kyrgyzstan. The inflow of foreign direct investment in 2017 amounted to $ 616.8 million, dropping by 24.2 percent compared to 2016, and as much as by 36 percent compared to 2013.

It would seem that there is an increase in the number of companies, but at the same time the amount of money that they invest is decreasing. If in 2014 each enterprise invested about $ 5.1 million, then at the end of last year it was two times less — $ 2.5 million.

What is an investor afraid of?

The statistical data do not scary the Agency for the Promotion and Protection of Investments in Kyrgyzstan. Moreover, the agency states optimistically that it works wonderfully. For example, nine investment projects for $ 28.2 million were launched in 2018. Other 21 projects are being developed.

Officials of the agency explain the drop in foreign investment by a third by... the global trend.

«If the volume of investments fell by 23 percent worldwide, in developed countries — to 35–37 percent, then in countries with transitional economies, that is, such as Kyrgyzstan, the decline makes up 23 percent,» Director of the state agency Adilbek uulu Shumkarbek told reporters.

But more detailed questions show a completely different picture. Before investing money, an investor looks at the time of implementation of a project, the safety of investments and profitability. He or she also looks at how a foreign business, which already operates in the country, is protected. Kyrgyzstan has nothing to boast about in this regard.

«Over the past year or two, due to protests by the local population and the inactivity of the local government bodies, the companies stopped their activities and left. Or investors cannot implement their projects for three or four years. This affects the information background, and many decide not to invest in the country,» admitted Adilbek uulu Shumkarbek.

And if we add to this uncertainty regarding agreement on Kumtor, heavy fines for Jerooy, court proceedings on the Upper Naryn HPS cascade, rallies against mining and the Chinese presence in the republic, the overall picture turns out to be sad.

However, even this country is gradually reducing its presence in Kyrgyzstan. If before 2015 the amount of annual investment reached $ 500 million, then after it the sum dropped to $ 300 million per year.

Since 2015, the PRC has been actively regulating the financial sector, which provided for an easy way to issue funds in banks. This affected less conservative investors, who could invest up to $ 5-10 million.

There are no guarantees

Investors in any case take a risk when investing money. As for Kyrgyzstan, there are cases when foreign companies ask for state guarantees for the safety of these funds. It comes to the fact that an investor asks for 100 percent financial guarantees of investments. However, the republic can not provide them.

We refuse to such investors, because we believe that these are «investor-contractors,» who seek the implementation of projects at the expense of state funds or donor funds. But an investor must be ready to take risks.

The result of this policy is visible to the naked eye. Enterprises that have risked to come to Kyrgyzstan are left alone with their problems. And no matter how often the authorities say the opposite, the story of the miners is the best confirmation. And one more thing: you can literally count the world famous companies that have invested in the country on fingers.

In part, of course, this is due to the fact that the republic is too small. But in many ways, such a policy is explained by uncertainty about the safety of money.

The state understands this, but can not do anything. The state debt of Kyrgyzstan is growing steadily. The peak of payments on external debt is approaching. We simply have no money to give a financial budget guarantee to an investor, no matter how good and reliable they may be.

In accordance with the medium-term strategy for managing external debt, the state completely refuses to provide financial guarantees. Accordingly, an investor who enters our country must invest his savings at his own risk and peril, including financial one.

Perhaps, this is all you should know about the protection of investments and business in Kyrgyzstan.