Alexander Krestinin about KR-UAE match: I do not discuss work of referees 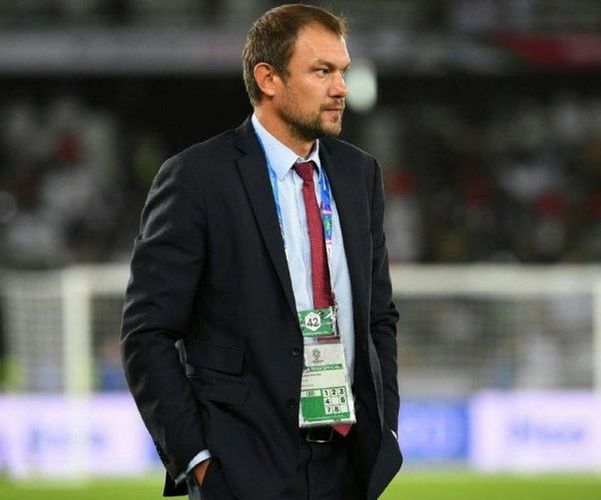 Alexander Krestinin, head coach of the national football team of Kyrgyzstan, commented on the outcome of the match with the UAE team.

Kyrgyzstan and the UAE met in the 1/8 finals of the Asian Cup. The host team won (3: 2) and knocked out Kyrgyzstan from further struggle. The fate of the match was decided by a penalty goal scored by the UAE on the 103rd minute. A lot of domestic fans believe that the referee Fu Ming (China) was wrong, awarding the penalty.

I do not discuss the work of referees. We had moments when we had to score, and we regret for them. We made more mistakes than the rivals.

«Unfortunately, we leave the Asian Cup. The overall impression of it is positive. It is a pity that it ended for us today. I think we deserve more. And everyone saw it,» the referee said.

«Thanks to all Kyrgyzstanis for their support. I thank the team, players, coaching, medical, administrative headquarters, everyone who was involved. We did a good job. We are on the right track. We will move on. It is the first and, I know for sure, not the last our participation in such a competition. We got a good experience from matches at a high level, and this will help us in further development. We will play even better,» Alexander Krestinin said.

In the group stage, Kyrgyzstan lost to China and South Korea and defeated the Philippines.