Coach of Kyrgyz football team: There are no teams without weak points

Alexander Krestinin, head coach of the national football team of Kyrgyzstan, shared his expectations of the upcoming match of his players at the Asian Cup during a press conference. 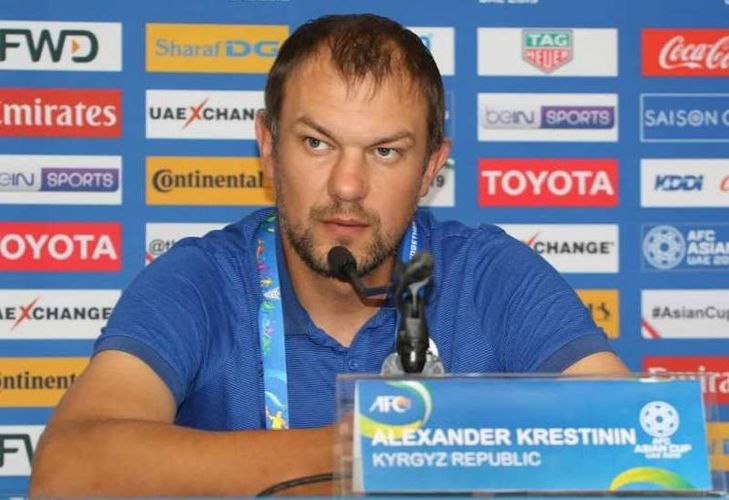 Competitions are held in the UAE. Today, in the second round of the group stage of C group, the team of Kyrgyzstan will meet with the South Korean team. The match will start at 10 pm Bishkek time.

«We were training. We perfectly understand the level of the rival. It will be a tough game for both teams. It will be interesting. There, of course, will be changes in the composition of our team and the plan of the game. China and Korea are different teams. We have an analysis of the games of the Korean team. We know its weak points and will try to use them. There are no teams without weak points,» Alexander Krestinin stressed.

He answered the question whether one should wait a goalkeeper Pavel Matyash in the composition of the team, who was criticized after the lost match in the first round: «The mistakes of the goalkeeper directly affected the result. Each goalkeeper makes mistakes, even in the Champions League final. Forwards made mistakes, too, not using moments. We must not criticize him, but support. There are two more games. We must unite. We are strong when we are together. I will not tell you about composition for the match. Football players will get it from me, not from the press.»