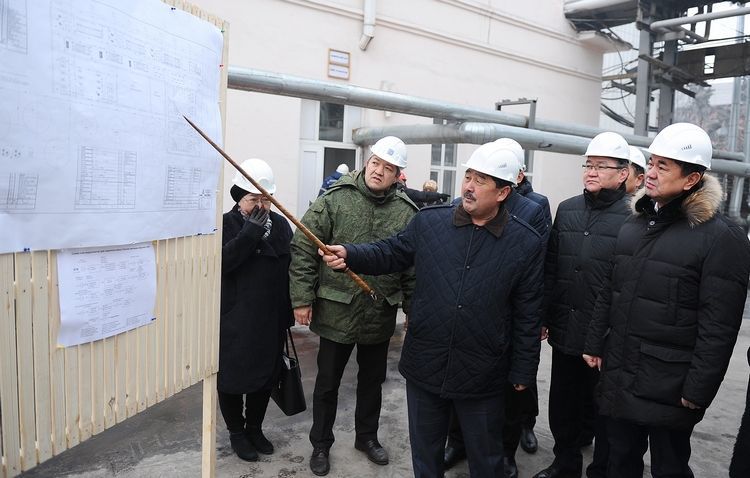 The Prime Minister of Kyrgyzstan Mukhammedkaly Abylgaziev inspected the work of the Bishkek Heating and Power Plant. Information Support Department of the Cabinet of Ministers reported.

The head of government discussed the heating season with the heads of the energy sector enterprises. At the Bishkek HPP, the Prime Minister examined the turbine and boiler rooms, motor rooms of new units, the main control panel of the heating and power plant, the facilities for technical water supply and chemical water treatment.

«The head of the Cabinet acquainted with the work of the newly reconstructed chemical water treatment plant of the first stage, which allowed increasing the reliability of the enterprise, reduce the cost of production of purified water by reducing the use of reagents and introducing modern membrane technologies,» the report said.

After familiarizing himself with the measures taken in preparation for the heating season and the current process of its passage, Mukhammedkaly Abylgaziev stressed that the power industry specialist must ensure smooth operation of the heating and power plant in the capital and a stable heat supply until the end of the heating season.

In addition, the Prime Minister paid special attention to the fact that all industrial facilities in which large investments were made should be connected to the grid in a timely manner and provided with the necessary amount of electricity.