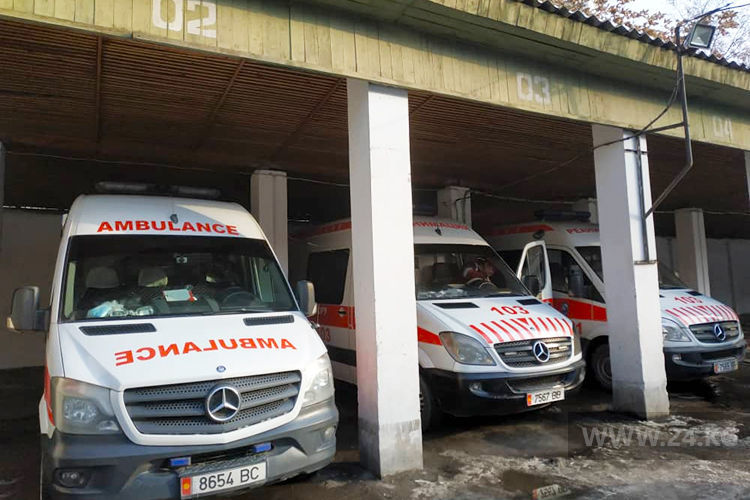 The Center for Emergency Medicine got a new automated control system.

It was created to improve the quality of state service.

The new system is a complex of services and mobile applications designed to automate the processes of the center — receiving and processing of calls, managing teams, storing information about calls and its operational use, drawing up of reports.

Iskender Shayakhmetov, head doctor of the Emergency Medicine Center of Bishkek, noted that the townspeople have many complaints about ambulance work. «First of all, these are complaints about late arrival. Unfortunately, the percentage of lateness is growing. At the peak of growth of respiratory diseases, patients are waiting for 3-5 hours,» he said.

The center noted that this was due to the lack of brigades. According to the standards, there should be one emergency medical team per 10,000 people. Bishkek’s need is 113 brigades. There are only 39 in the Emergency Medicine Center. On average, 35 of them are on duty.

«There are five substations in the center. We have big problems with the servicing of the lower zone and bedroom districts. It is necessary to open a substation there. We serve newly built quarters behind the bypass, the road takes up to 40 minutes,» he said.

Iskander Shayakhmetov noted that an increase in the number of brigades could resolve the issue with the quality and speed of medical care. But there are only 33 vehicles in the center, which are suitable for operation, and a high staff turnover.

We have 78 vacancies. Many vehicles have worked 3-5 lifetimes.

According to him, to increase the number of brigades to the required standard, it is required to purchase 80 cars and at least 586 million soms are needed.

«We decided to follow an alternative way to cover the need for emergency assistance by a smaller number of brigades — through the introduction of an automated management system. But it is still necessary to increase the number of brigades,» Iskender Shayakhmetov added.

According to Egor Borisov, the head of the resuscitation service of the Emergency Medicine Center, the system works in pilot mode. «An interface has been created for the fastest possible call processing, based on an algorithm and a poll tree. In addition, the system calculates the expected time of arrival and assistance. For example, 20 minutes is enough for a high temperature, and an hour — to restore the heart rate. We will be able to watch online where exactly the team is,» he said.

In addition, an alarm button will appear. «Recently, attacks on doctors have become more frequent. Now it’s enough to press the button, the signal will go to the operator, the video and audio recording will turn on. We are planning a meeting with the Ministry of Internal Affairs in order the information from the alarm button to be sent immediately to the law enforcement agencies,» said Egor Borisov.