Over 85 media accredited to press conference of President of Kyrgyzstan 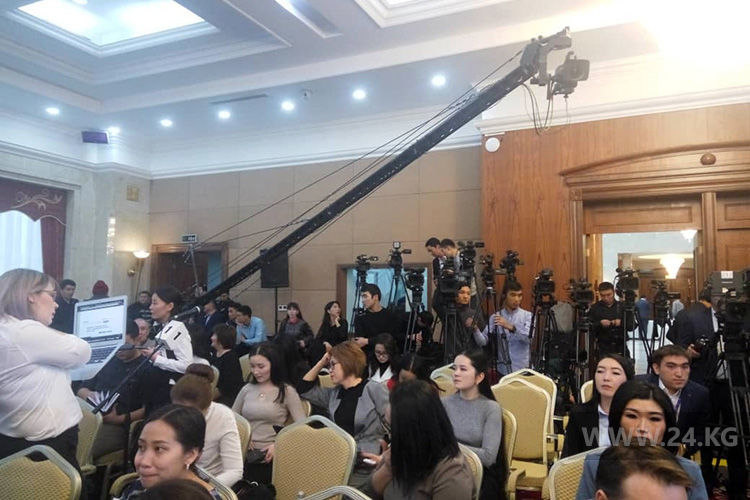 The President of Kyrgyzstan Sooronbai Jeenbekov holds a press conference for journalists for the 1st time.

According to the Information Policy Department, over 175 representatives from more than 85 media outlets came to the conference.

The tradition of asking questions to the head of state directly in turn was broken. The journalists were asked to register for questions with the Spokeswoman of the head of state Tolgonai Stamalieva. This caused dissatisfaction of some media representatives.

After disputes, it was decided that journalists would ask questions on a first-come, first-served basis.

Journalists of opposition media were also accredited to the meeting with Sooronbai Jeenbekov. Earlier, the press service of ex-president Almazbek Atambayev preferred to refuse those who, in their opinion, wrote badly about the head of state.

Press conference will begin at 11.00. Sooronbai Jeenbekov will answer questions until 12.30.