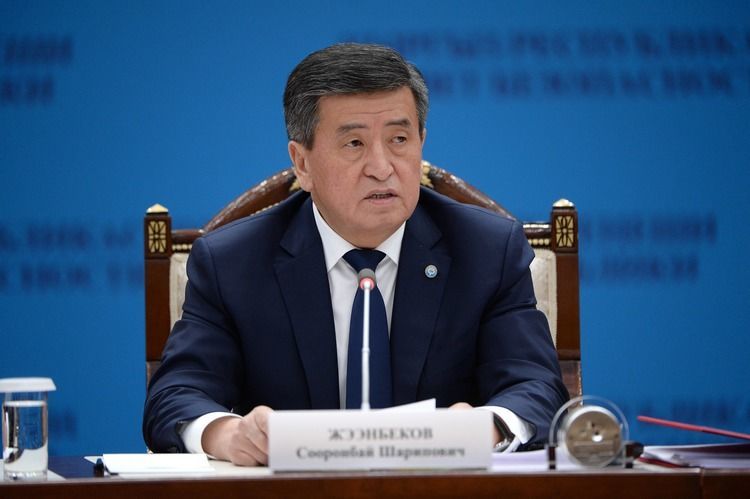 Government agencies hinder the digital development of Kyrgyzstan. President Sooronbai Jeenbekov announced at the meeting of the Security Council on the digital future of the country.

The head of state outlined the causes hindering digital development.

He recalled that digital development was going on all over the world.

«Digital technologies help improve public administration and the quality of public services. They have a positive impact on improving the standard of living of the people. New technologies are changing traditional sectors of the economy. They contribute to optimal business management and economic development. Artificial intelligence greatly increases productivity. Information bases gain new value. Completely new opportunities open up before us,» noted Sooronbai Jeenbekov.

As the President stressed, one of the requirements for state power is the ability to use new opportunities aimed at the rapid development of the country. He said that it was time to pay special attention to digitalization. Most importantly, there is a clear understanding that the future is in digital technologies.

Sooronbai Jeenbekov stressed that there were problematic issues that prevent from keeping up with the world development, and listed the main ones.

«This is weak funding of the introduction of information technologies, lack of a unified strategic document on digitalization. The saddest thing is the low interest of state bodies in the switch to the provision of digital services. Government agencies are trying to unreasonably restrict access to their data. Over the past seven years, more than $ 50 million has been spent on informatization of government bodies. This is almost 3.5 billion soms,» noted Sooronbai Jeenbekov.

According to him, despite this, citizens and businesses have not received high-quality digital services. Government agencies are spending money on the purchase of outdated equipment and software that morally does not meet the requirements of the time.

«All this adversely affects the measures taken by the state for digitization. As a result, we have almost no results on the introduction of information technologies. The mentioned above problems require urgent solutions. It is necessary to introduce new relations into the system of government. In this regard, the concept of digital transformation of the Kyrgyz Republic for 2019-2023 has been developed. My main goal is to eliminate corruption by building a digital society and to establish an open society for each citizen. To fulfill the basic functions of state power, it is necessary to widely use digital technologies,» Sooronbai Jeenbekov summed up.