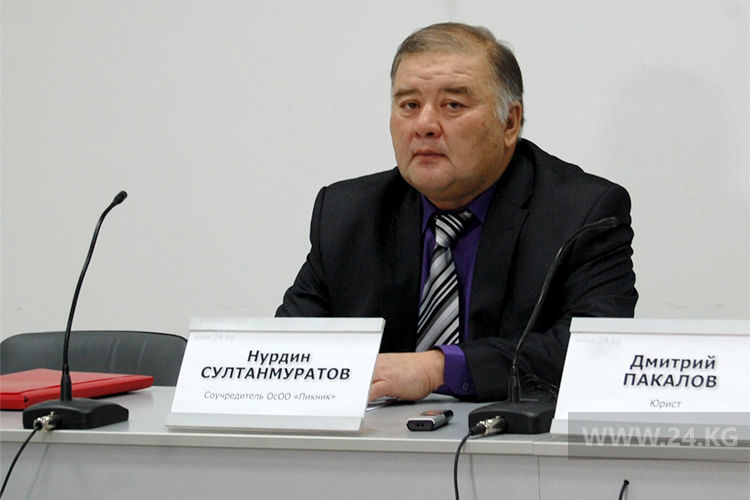 Businessman Nurdin Sultanmuratov accused his former partner Nurlan Azhimudinov of an illegal seizure of his share. He stated this at a press conference in 24.kg news agency.

According to him, Nurlan Azhimudinov, Kanat Mamytov and he created on equal terms Picnic LLC. But five years ago, the company started having problems, and to solve the land issue, Nurlan Azhimudinov proposed to include the fourth person, some Alyshbaev, into the board.

Related news
Aknet Internet service provider announces illegal seizure of company
«He only had to help us solve our problems. However, Alyshbaev did nothing. After a while, I found out that Alyshbaev became an owner of 25 percent of the share of capital and income, and Azhimudinov fraudulently got 50 percent. Kanat Mamytov and I went to court, but we lost,» Nurdin Sultanmuratov told.

According to him, Nurlan Azhimudinov took away from a tenant Picnic café two years ago.

Nurdin Sultanmuratov intends to sue further in order to get his share and remove Nurlan Azhimudinov from the board.

«Why are the situations in Picnic and Aknet similar? The Azhimudinovs fraudulently got up at the helm,» the businessman stressed and added that there was no politics in the case of Aknet, as well as in Picnic case. According to Nurdin Sultanmuratov, this is an economic dispute.