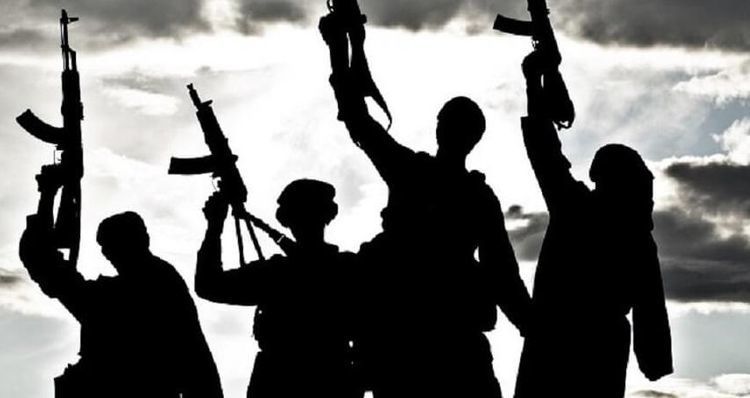 Kyrgyzstan took the 80th place in the Global Terrorism Index 2018 having improved its rank by one position over the past year.

Countries in which impact of the activities and threat of terrorists are the highest occupy the first lines in the ranking. The most dangerous in this regard are Iraq, Afghanistan, Nigeria, Syria, Pakistan and Somalia. 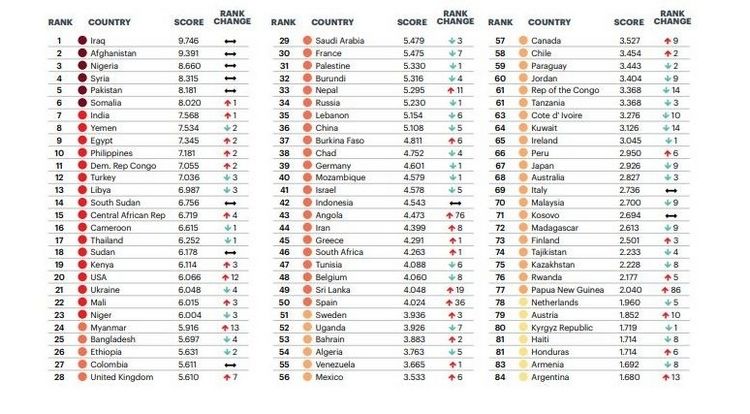 As for the former post-Soviet countries, the worst situation is in Ukraine — the 21st place. Russia takes the 34th place.

Uzbekistan is ranked the 132nd out of 138 countries, which means the almost complete absence of impact of terrorism. Better situation is in Turkmenistan and Belarus. 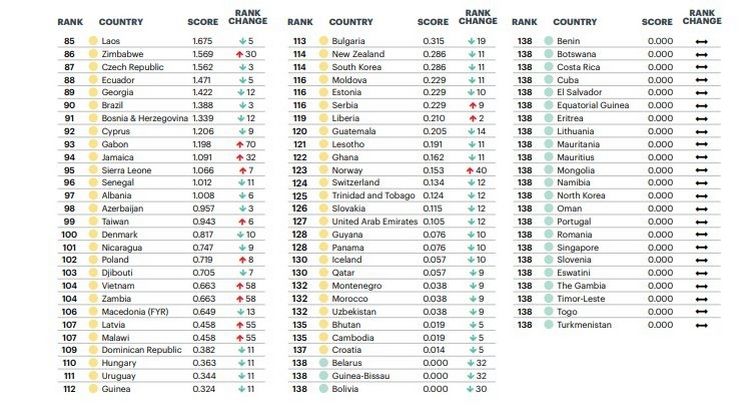 The index was developed by an international group of experts under the auspices of the Institute for Economics and Peace of the University of Sydney, Australia.

Terrorism is defined by the authors of the study as «the threatened or actual use of illegal force and violence by a non-state actor to attain a political, economic, religious, or social goal through fear, coercion, or intimidation.»