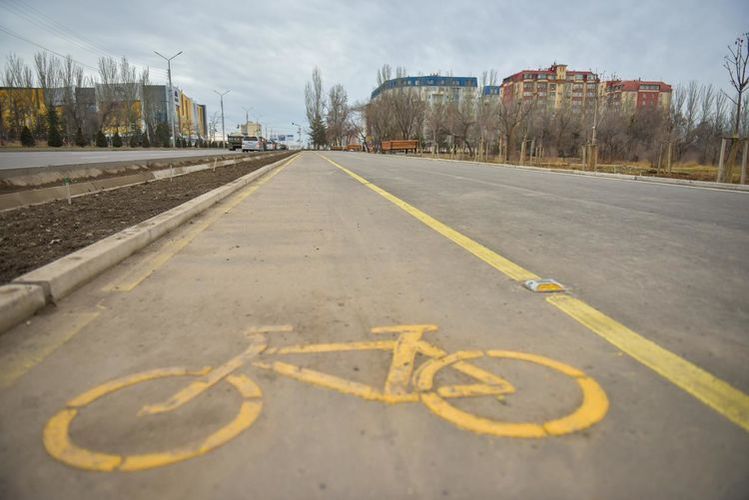 A bicycle lane was built on the southern highway in Bishkek. Press service of the city administration reported.

The bicycle lane and a pedestrian street were built on both sides of the highway from Sadyrbaev Street (former Baсh) to Baitik Baatyr (former Sovietskaya) Street. Its length is 7.2 kilometers.

Street lamps, 200 benches, two bus stops complexes were installed along the alleys. Over 55 million soms have been spent on its construction.

link: https://24.kg/english/103221/
views: 370
Print
Related
Bicycle lane along Issyk-Kul to be built at the expense of loan from ACG
Popular