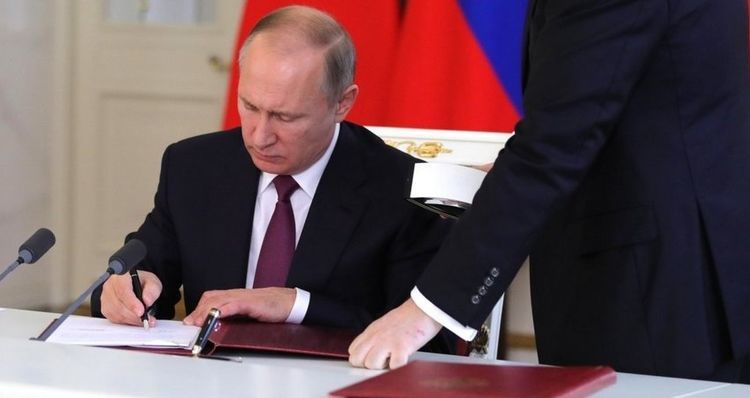 The President of Russia Vladimir Putin signed an agreement on the implementation of military-technical cooperation between the Russian Federation and Kyrgyzstan. The document was published on an official portal of legal information. FAN reported.

Kyrgyzstan ratified the treaty with Russia on the development of military-technical cooperation in January 2018. Later, the document was signed by the President of the Kyrgyz Republic Sooronbai Jeenbekov.

According to official data, the agreement assumes the possibility of direct deliveries of Russian weapons to Kyrgyzstan directly from Russian defense enterprises. In November 2018, Vladimir Putin approved an agreement on the procedure for implementing military-technical cooperation between the countries.