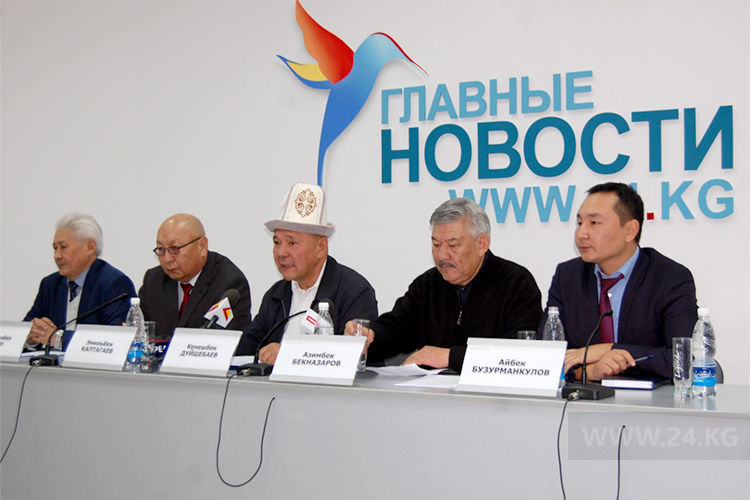 Delegates of the opposition’s kurultai, held in Bishkek on November 24, accused the former president of Kyrgyzstan, Almazbek Atambayev, of betraying the ideals of the April revolution and consolidation of power. They stated this today at a press conference in 24.kg news agency.

According to them, participants of the first large-scale meeting intend to step by step fulfill all paragraphs of the resolution, in particular, to achieve initiation of criminal proceedings against Almazbek Atambayev from the Prosecutor General’s Office, and adoption by the Parliament of a law depriving the former head of state of his immunity.

Emilbek Kaptagaev, the former representative of the government in Issyk-Kul region, believes that the current president, Sooronbai Jeenbekov, has received a corrupted control system. However, the kurultai participants assessed the activities of the SDPK successor as satisfactory.

But we must not let Sooronbai Jeenbekov turn into a dragon.

The participants of the press conference claim that the kurultai has achieved its goals. They plan to hold the second forum in April 2019.