Relatives of suspect of prosecutor murder hold rally in Batken 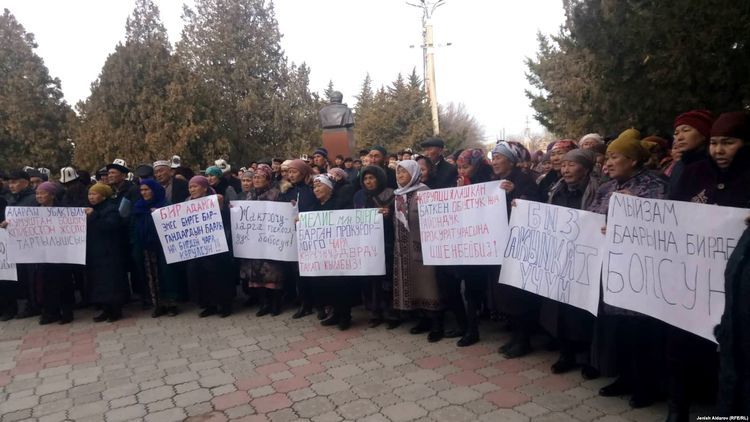 Relatives of an employee of the Capital Construction Department of Batken region, Melis Kalykov, hold a rally today in Batken city. He is suspected of the murder of the prosecutor Anarbai Mamazhakypov.

According to Azattyk Radio, about a hundred people participate in the rally. They demand a fair investigation and prosecution of other employees of the prosecutor’s office, who were with the killed during hunting.

Relatives of the suspect also state about torture by police officers.

«According to preliminary data, during a quarrel that developed into a fight, Melis Kalykov fired a shot from a shotgun at Anarbai Mamazhakypov. In order to hide the crime, he burned his body. Eighty percent of the body of the deceased was burned, his relatives hardly identified him. The suspect is being kept in a pretrial detention center of Osh city, a criminal case is being investigated by the interregional department of the Ministry of Internal Affairs. Information about beating of Melis Kalykov by police officers is not true,» commented the Interior Ministry.

Anarbai Mamazhakypov was killed in Batken on November 18. The body of the prosecutor was found outside the city. The police detained an employee of the Capital Construction Department of Batken region on suspicion of murder. The suspect reported torture by law enforcement agencies.