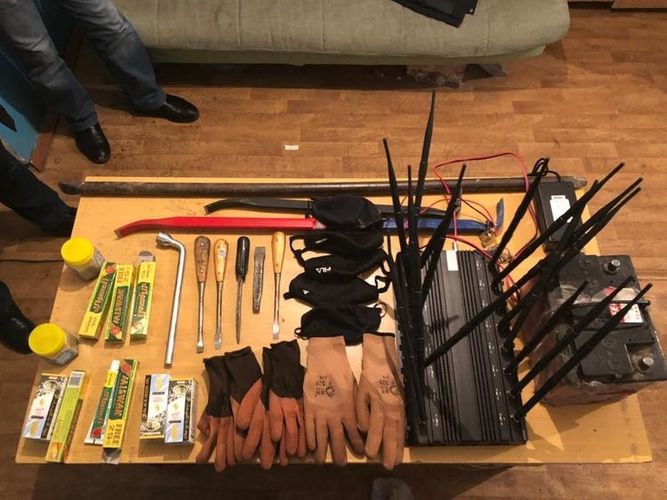 Foreign citizens, who robbed office of a private company, were detained in Bishkek. Press service of the Bishkek police department reported.

Director of the private firm turned to the police. On the night of November 12-13, unknown persons entered the office and stole a safe box with money.

«There were 472,000 soms, $ 1,820, documents and stamps. Employees of the criminal police detained suspects when they tried to rob a microcredit company. Four detainees are citizens of CIS countries, another one is a Kyrgyzstani,» the police said.

«During a search, money, tire levers and other tools, a device that jammed cellular communications, a gun of unknown brand with erased numbers and ammunition were found in the car of the detainees. It is known that the group was preparing for robberies for a month,» the police department reported.

The defendants were placed in pretrial detention center for 2 months.