The first anniversary of the presidency of Sooronbai Jeenbekov is approaching. By tradition, the first persons of the country sum up their work. Also, traditionally, the heads of our state preferred to sum up the results to government media.

Sooronbai Jeenbekov broke with this tradition. He made an exception and gave his first interview as the president of the Kyrgyz Republic not to state-owned TV channels or government newspapers, but to an independent 24.kg news agency. The country’s leader also agreed to answer very personal questions.

— The first year of your presidency, Sooronbai Sharipovich, is over. What do you consider as your main achievement as a head of state?

— I can mention the development of regions and the fight against corruption as the priority areas of my presidential activities. Both of these issues are not so easy to resolve, but they, like a red line, will pass through my entire presidential term.

Economic policy was based only on the sectoral principle and did not correspond to the peculiarities of a region. When comparing regions, there is a clear imbalance — one of them develops, another lags behind. But we all know that only an even development of all our villages will lead to economic growth of the whole country. For this reason, my activity is mainly focused on the development of regions.

Over the past year, the Russian — Kyrgyz Development Fund (RKDF) has allocated at least 68 percent of the total number of issued loans to regional projects. Now the fund itself is looking for projects in the regions and invites businessmen to cooperate. Due to the high demands of the RKDF, there was an impression that the fund’s money was intended only for large businesses.

During a trip to Naryn region, I invited our successful businessmen to support their regions. For example, Naryn has a powerful potential. We can process raw hide, milk, wool, meat. We, the Kyrgyz, have always helped our fellow men, shared the last piece of bread. I know that we have people who are ready to invest in the regions, some do not know how. One just needs to organize all this and mobilize resources.

Ordinary citizens do not have access to loans not only from the development fund, but also from other banks, since they do not have a collateral. Therefore, we have a gap between the rich and the poor.

And the government should take care and raise the level of the poor. Our goal is the fight against poverty. Every family should have a steady income.

— Is development of the regions able to help solve the problems of our migrants?

— It is an important question. External and internal migration is a whole complex of social, economic problems, the echoes of which we will hear in the future.

Only having visited a baby orphanage or home for the elderly, you can understand in what position we are. When did we, the Kyrgyz, leave our parents in a residential home and children in an orphanage? 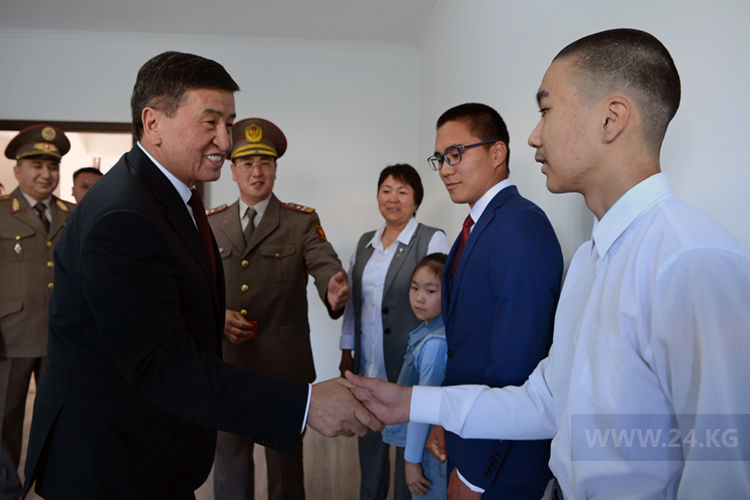 We have many people willing to adopt a child, but our bureaucracy and corruption prevent this.

We have recently discussed this issue with a human rights activist Nazgul Turdubekova. To be honest, our country rests on such people like her. 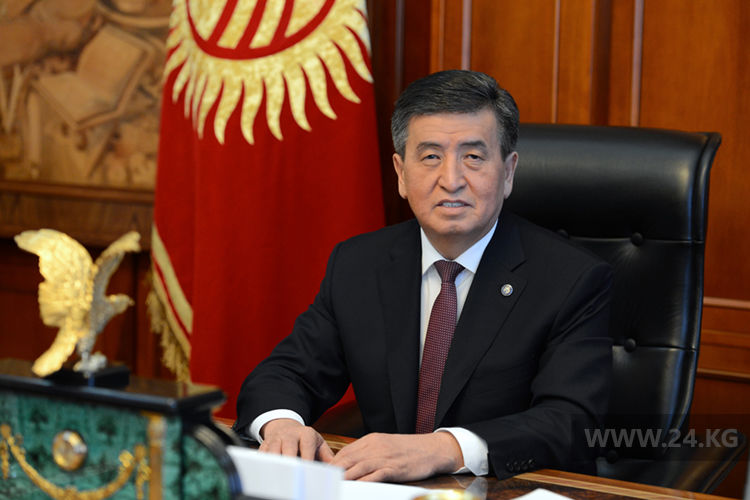 The Council of Compatriots has been created. Our compatriots from Russia, Turkey and other countries are ready to come and invest in the country’s economy. We will support everyone who intends to open an enterprise in the regions.

Now we are preparing an administrative-territorial reform. We have four-level administration. It is necessary to reduce it to three levels.

Twenty cities have been selected as growth points within the framework of the concept of regional development. When small towns are developed, we will relieve tension in the capital.

About fight against corruption

Corruption has taken root deeply in everyday life, but the fight against it will continue. It is very important in this struggle to support the people, all branches of government, civil society.

In our turn, we base our work on the principles of openness and transparency together with all the media, civil society. Along with the confrontation, I also feel sufficient support from the people. They say that radical reforms are not taking place in our country, like, for example, in Armenia. We are undergoing reforms, too, so to say, «bloodless» ones.

I can say with confidence that we are gradually restoring people’s confidence in the government. 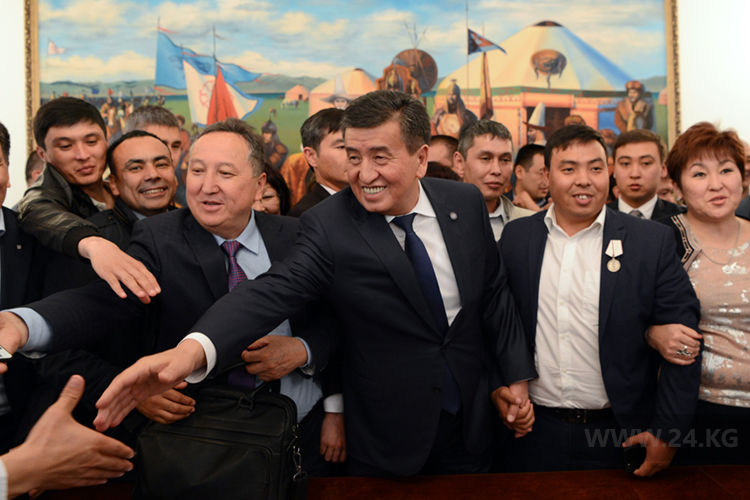 I organize the work in such a way that all branches of government to work together.

The Government and the Parliament are working together in all areas of the state’s activities.

Strengthening the principles of parliamentarism, a democratic society, the protection of freedom of speech remain a priority of my presidential activities.

About projects to be continued

Our society has been waiting for implementation of projects aimed at eliminating the human factor in the system of rendering public services to the population.

To this end, the e-Government project will be implemented. Within its framework, Tunduk system is introduced, which will unite the entire data base of the ministries and departments.

It will be possible to provide 189 state services through the state portal of electronic services.

At least 82 priority databases of public services in 25 government agencies that need to be introduced in 2018-2019 have been determined.

Work on the creation of databases of 45 state services will be completed by the end of 2018. 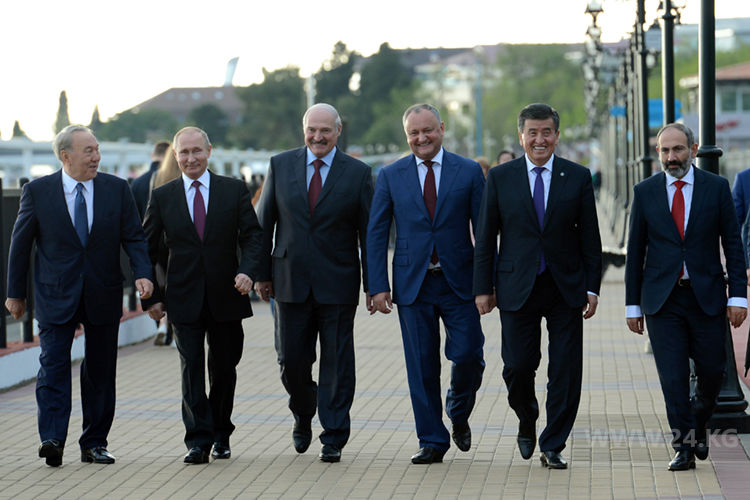 At least 25 ministries and departments have been connected to the system of interdepartmental interaction Tunduk, and 8 state bodies exchange data in electronic mode today.

The government will launch Safe City project, which has been dragging on since 2012. An agreement on the implementation of its first stage was signed with Vega company.

— Do you remember your election campaign promises? Which of them have already been fulfilled, and what, you fear, you will not be able to accomplish in the next five years?

— Of course, I remember my election promises, which were not actually taken from the air, but were a logical continuation of my prime minister’s activity, where I studied country issues in detail. For example, it is providing the population with clean drinking water. This issue is at the center of my attention. As part of the Clean Water Strategy, water facilities in 650 settlements will be built, repaired and commissioned in the future.

In the next five years, all regions of the country will be provided with clean water. Providing the population with drinking water is a matter of state security.

How, for example, can we talk about development of tourism, when 50 percent of villages do not have access to drinking water?

Equally important is the issue of the development of irrigation; a state program has been adopted on this issue.

By 2023, it is planned to complete the construction of 31 irrigation facilities.

Irrigation facilities included in the state program until 2026, based on the certainty of funding sources, are divided into three groups. 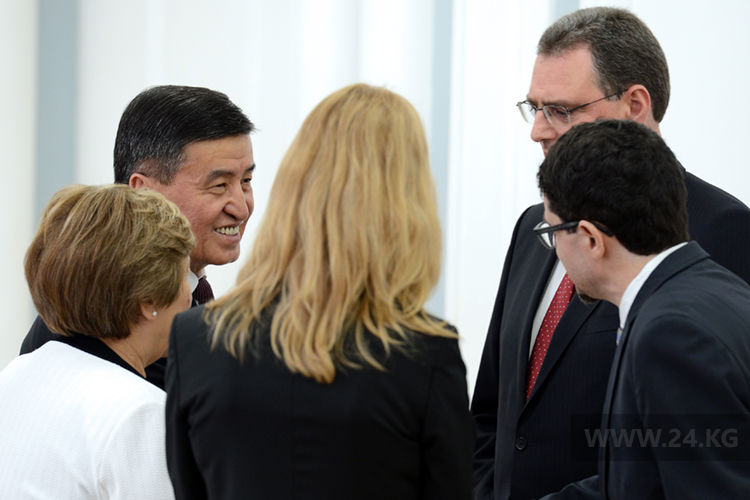 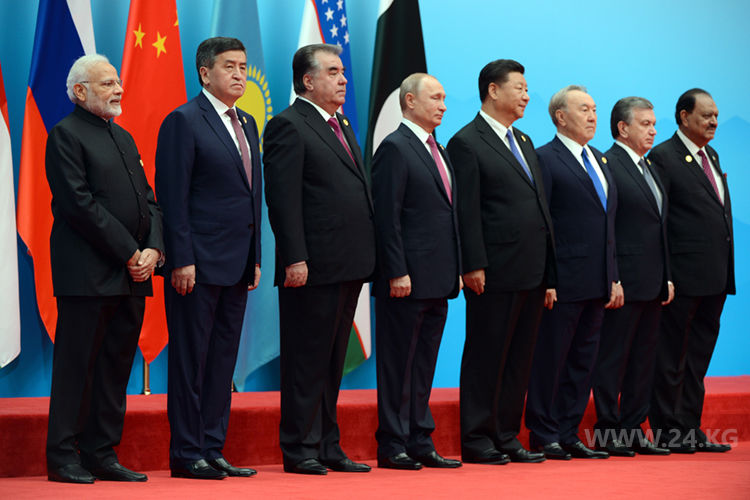 For objects of the third group, it is necessary to seek external and internal sources of financing, to work out the issue with international financial organizations, donors and investors.

Objects related to this group have a later implementation date.

Increase of wages for doctors and teachers is constantly in the center of attention. Salaries of family medicine doctors have already been increased, hospitals’ staff is the next in line. 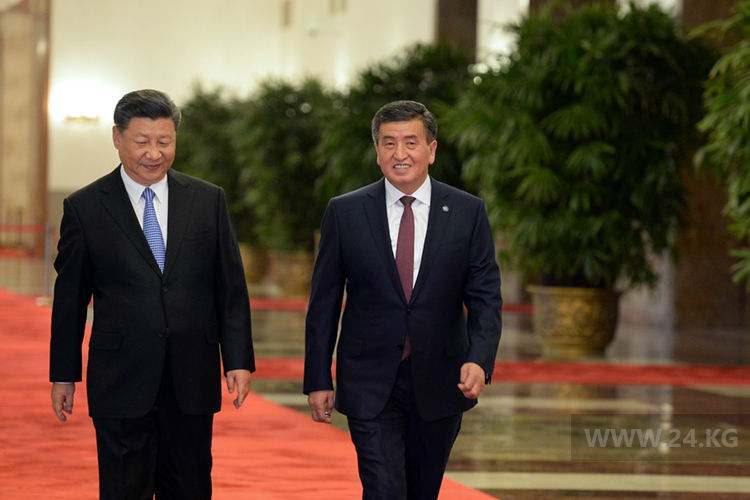 During my election campaign, I noticed that voters did not pay attention to specific facts and real figures. They believe in loud and promising statements from candidates. During these meetings, I adjusted my program.

One of the frequently asked questions during the campaign was about raising the salaries of teachers.

My opponents stated that the salary of teachers would be more than 25,000 soms. I will not hide, then I decided to go further and promised to raise their salary to 26,000 soms. Once promised, it will be fulfilled during my presidential activity.

We began to implement the state mortgage program when I was a prime minister. Issue of mortgages began at 14 percent, then it was lowered to 12-10, later to 8 percent. The State Mortgage Company is working now to reduce it to 7 percent.

We intend to increase funding of the mortgage program. We will lower the interest rate. It is necessary to cover not only state employees, but also workers in other areas.

During the election campaign, I refrained from sky-high promises. All of them are feasible and will be implemented in stages. For example, I promised to develop the regions. And my first year of presidency is dedicated to solving the problems of the regions. But this work is not limited to one year.

— One of the most sensitive topics today is external debt servicing. From 2023, Kyrgyzstan will have to start paying $ 320 million. As it is known, most foreign loans are spent on the transport and energy sectors. And these are loans from China’s Exim Bank. Will Kyrgyzstan be able to live without loans and pay its debts?

— Currently, the external debt of Kyrgyzstan is $ 3.8 billion.

The main share of foreign borrowings are concessional loans, about 98 percent of the total external debt.

Loans are directed to the development of such important areas of the economic and social life of the country as transport infrastructure (construction and rehabilitation of roads), energy (reconstruction of power plants, construction of energy networks), agriculture, water supply, education and health care.

Indeed, the bulk of the external debt are loans from the Export-Import Bank of China in the amount of $ 1.7 billion. 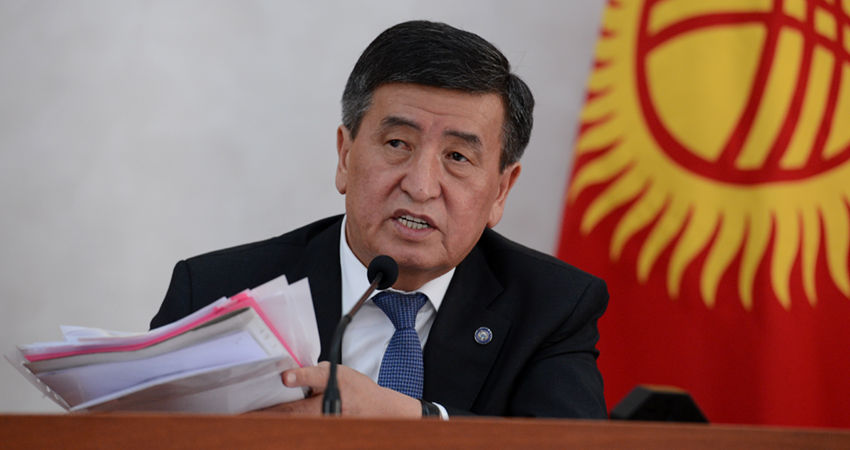 Compliance with this rule in recent years, in particular, has reduced the rate of external debt from 64 percent in 2015 to the current 49 percent.

Also, under law, our debts from one lender should not exceed 50 percent of the total external loan; we take a loan only if the minimum level of a soft loan (grant element) is 35 percent.

Another issue is the use of external borrowings for their intended purpose. We must demand and tightly control, from the feasibility study to operation. For example, an estimate for the repair of Bishkek-Kara-Balta highway was first approved in the amount of $ 82 million. After check, we achieved a reduction to $ 70 million. It is necessary to control every penny of the borrowed funds.

If the prime minister, the speaker, the ministers and I are exacting and act only within the law, then the rest will follow us.