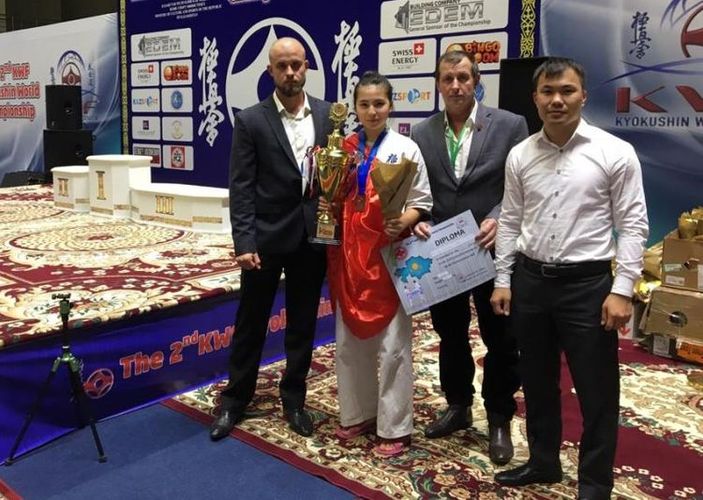 According to him, the competition took place on November 3 and November 4 in Astana (Kazakhstan). Athletes from 30 countries competed for medals in several age groups. Mantilakhun kyzy Aidai performed among athletes at the age of 14-15 in kumite section in weight up to 50 kilograms. She won four fights out of five and took the third place.

«Several karatekas from my team did not become winners. Most importantly, they gained valuable experience. Level of the World Championship was very high,» Sergey Shevchenko told.