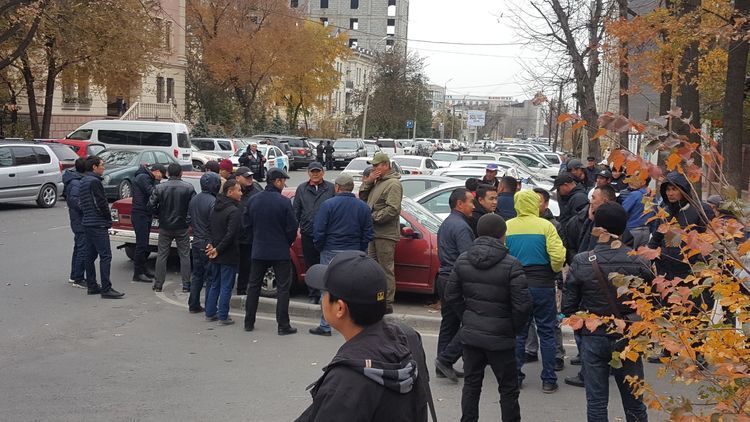 Supporters of former presidential adviser Ikramzhan Ilmiyanov gathered at the building of the Bishkek City Court.

Today, the judicial board on criminal cases and administrative offenses will consider the complaint of a lawyer of Ikramzhan Ilmiyanov about measure of restraint.

More than 50 people came to the courthouse.

Ikramzhan Ilmiyanov was placed in the pretrial detention center of SCNS until November 28. He was charged with fraud. According to investigators, Ikramzhan Ilmiyanov received $ 150,000 from one of the businessmen. Ex-adviser to former president of Kyrgyzstan Almazbek Atambayev was detained in Kazan and extradited to Bishkek.